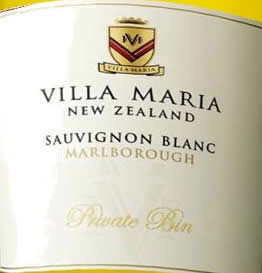 There are wines for tasting, savouring and generally making a bit of noise about and there are wines for drinking and trying to get as much conversation out between gulps as is humanly possible.  The latter seems to me the most prevalent in the life I lead and yet I still like to know that what I am drinking will titillate me whilst the brain seeks to engage my companion.

The relationship between chatting and wine is symbiotic.  One lends the other lubricated motivation and the other gives form to what would otherwise be solitary chemical reactions articulated by thought.

In the chatting and drinking business I am often interested to not mention the wine, despite being excited to try it, yet intrigued to see the reaction, physical and occasionally verbal, to what is being consumed.

Last night I had a friend over for dinner.  I quickly fried some fresh squid in olive oil, mixed with juice of a lemon and some chilli flakes.  Then emptied it onto two beds of rocket and parsley salad and served with a very chilled bottle of 2010 Vintage Villa Maria Private Bin Sauvignon Blanc.

The wines from this region are now so bench mark sauvignon blank that familiarity often breeds expectation and desire.  The mind longs for the crispness of the acidity and the mouthful of gooseberry and hints of something slightly tropical (whatever!).  Sure enough, the wine was opened, poured and we assumed the consuming position.  A quick chink and "nice to see you" later and we take our first guzzle.

I adopt a totally neutral response, though lingering a moment longer than I meant to, suggesting contemplation.  My friend, clocking this pause, looked back at the wine and let out a "uuummm" in praise.  This was followed by a quick clasp of the bottle and gander at the side of it.  Then on placing it back on the table, "that's nice, do you drink much wine from New Zealand?"

The wine itself was nice, very refreshing and everything that I expected but slightly better than the slightly cheaper bottles from the same or similar regions on sale everywhere.  This wine in particular is meant to be a better quality wine and it is.  The fruits come out offering puckering acidity that is really pleasurable.  I'd order it anywhere on a hot day or with a wide range of dishes in a restaurant or for a picnic (and so on and so forth).

But what I found more interesting was that a slightly predictable response from my friend had almost become necessary courtesy to the host.  I didn't mind one way or the other but the wine by virtue had to punctuate our main conversation.  We had to acknowledge its presence.  Modern wine drinking rituals are developing.  Gone are the libations to the deities (which is a shame) but we now have libations to the wine itself (not calling it blood) and compliments to each other.  Very civilised and just as it should be… just as this rather good wine deserves!
powered by social2s