Definition: Reification - to turn into stone (or concrete); make manifest in stone that which was not there before.

I have lately experienced two such different experiences whilst out with friends that they need to be discussed here on these pages.  When I go out with people for an evening of beverage, foodage and verbal exchange, we do try our utmost to select a venue that will offer hospitality in just as healthy measures as the aforementioned.

On the last occasion Tony stepped in and pre-booked Quo Vadis, a well known restaurant in Soho's Dean Street.  On this occasion we had a glass or two to chink as Tony had been out of the picture due to the arrival of his newborn and Julian had recently tied the matrimonial knot.  Thus on arrival we ordered three glasses of the Gusbourne Estate blancs de blancs 2007.  This a delicious glass of wine of the highest quality I have yet tasted of UK sparkling wine.  It has an effervescent sharpness that gives way to the flavour of fresh cut apples that cleanse the palate and leave it basking in joy, yearning for more.  We promptly surrendered and asked for another three glasses.  Gusford Estate Sparkling wine is notched on my memory banks!

After this we were shown to our table in the dining area.  All very normal until… the waitress made a tactless and fatal remark.   The time was now 20:40 and she informed us firmly, "Just so you know, we'll be needing the table back at 21:30!"  The record needle buried itself in the vinyl and tore screechingly across the fine lines of normality.  Julian's face dropped from affable congeniality to white stoney perturbation, or, to quote my favourite word from A-level English, Reified!

We ploughed on.  We had to, the clock was ticking.  I picked up the wine list first and ordered a bottle of left bank claret.  I was still reeling from cold lashes of disservice so did not note the bottle.  We then moved on to the menu.  I swear I read it from left to right, right to left, in the reflection of the mirror and over the heat of a candle.  It made no sense whatsoever.  This peculiar puzzle was obviously part of the Krypton Factor experience being laid on within the permitted time-frame that we had left to order, feed, chat and begone.

I ordered the steak and we all tasted the wine that had now arrived.  I must say at £48 a bottle it was overpriced.  It had that smokiness that comes from warm vintages.  It was a shame as this could of been a redeeming factor.  But glumly we soldiered on thankfully buoyed by our own conversation.

Overall the experience was less than satisfactory.  At about £95 a head for the whole meal we had been treated rather poorly by the staff and given overpriced wine from a secondary vintage.  Quo Vadis would be better having a an 09 claret on the menu, younger but full of richness and classic Bordeaux pleasure inducing drinkability.  We agreed afterwards on the final verdict which I think I have conveyed above.

It just so happened that shortly after this meet-up I arranged to meet another friend, Ricardo.  We selected for our venue another Dean Street establishment, a small members club called Blacks.  I booked the table for eight thirty and we met for a quick taster in the French House before walking the fifty metres down to the darkened Blacks townhouse nearby.

On entering, the club was packed due to some music event going on in the tiny drawing room on the first floor.  Blacks in entered via the basement so there is always the feeling that you are one floor higher than you actually are.  We were instantly welcomed in and advised that we should go straight to our table on the ground floor level dining room due to the deluge of people clambering to hear the music.  Once sat down at our table we ordered a bottle of Chilean sauvignon blanc to get the palate to work.  The waitress was very attentive despite the level of busy-ness going on all about us.  This alone made everything much more appreciable.

The buzz was great considering we were being well tendered and watered.  The moules mariniere were cooked to perfection.  My mouth literally buzzed with every taste.  The Chilean wine was aptly priced at around £18.  It was good quality wine that matched the food pairing very well.  After that we moved on to our main courses of Bavette Steak with Triple Cooked Chips & Chimichurri Sauce (two Dean Street steaks in two sittings.  Quite unusual for me but there you go!).  The waitress continued to pay us attention to ensure that the visit was to our satisfaction.  It turned out she was from Madrid and as Ricardo spoke fluent Spanish they chatted for a while.  So much so I thought he might ask me to leave…  Anyway, we moved on to the next wine.  This time I chose the Ferruggini Rosso, Bolgheri 2009.  The waitress smiled knowingly, "This is very good." she said tapping the wine list. 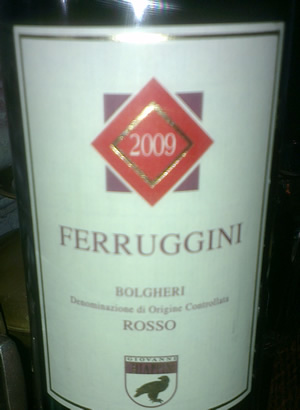 And she was right.  A deliciously fruity and earthy red with bags of character to accompany our steak in Chimichurri Sauce.  Unlike the constraints of the time challenged Quo Vadis, the table was ours for the evening so we could take our time to catch up in peace, chat to the staff and then go upstairs after a dessert of affogato, to the drawing room to sink into high backed chairs and finish off that last bottle before hitting the road.  The total bill for this evening was £75 per head.  In my mind it was worth every penny as comfort, manners, hospitality, ambience, food, wine and company all came together in a medley!

My main message is that Quo Vadis could learn a little something from the club style of hospitality and treat their visitors a little more appreciably.  Staying alive in the restaurant game is not an easy challenge but doing it right is as much about hospitality and manners as it is about menus, drinks and interiors (though getting them all right might ensure a decent amount of longevity!).