Beaujolais Village... my summer tipple in winter? Unseasonle as the weather!

I have just returned from Devon where the roaring sea is literally munching on the coastline, absorbing it into its belly. The debris whistles around the dumbstruck onlookers faces aided by the oceans partner in storms, the wind. We stood on a rocky outcrop called Bolt Head and the wind topping 90mph several times dislodged my feet from their placement on the path. It was adrenal and cleansing to be mocked by nature in such away. Afterwards we headed back to Salcombe and basked in the exhaustion. 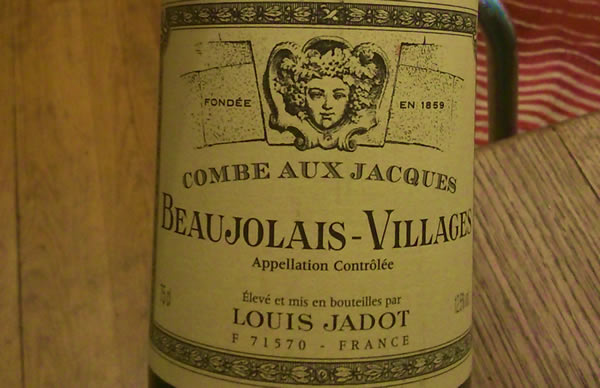 With such chaotic and still persisting weather conditions striking the isle of Briton, what on Earth am I doing drinking this lovely translucent, light, red-fruity Beaujolais Villages by benchmark producer Louis Jadot?

Gamay grapes from this part of France, south of Burgundy, usually make an appearance in my glass around spring and summertime. That must be a cause of habit. Supping this now and feeling my cheeks pukka with delight mean I need to be drinking it more often. As the worlds weather becomes consistently extreme and unseasonal, I think it is time my wine choices followed suit. This 2012 vintage was a tough one for producers as the weather was playing up then too, however, expertise has delivered us a fine drop to behold.

This wine is a delight for a wide variety of dishes including some fish and salads. It can also be drank alone as a refreshing, zesty aid to conversation with friends. I taste raspberries and red currents and fair bite of acidity that refreshes the mouth ready for the next forkful of food or sip from the glass.

Louis Jadot have produced another good example of how Beaujolais Village can titillate, so get some in before we're all taken alive by the elements. At least we'll be able to whistle along with with the howling wind!