For lovers of Spain, there can be nothing as pleasurable as sitting at the bar with friends, holding a glass of beer or wine and handpicking a plateful of delicious and artfully prepared bites of food called "tapas" in Spain, or "pintxos" in the Basque region. Myself and three friends descended on the Soho branch of Pix Pintxos for our bi-annual catch-up. Pix bar is a cosy little place on Bateman Street, bustling with activity. People buzz like bees around the counter loading their plates with delectable olives, patatas bravas, squid or iberico ham. We huddled at the back of the long narrow room on stools and ordered first a bottle of Ribera del Duero tinto and then a bottle of Hacienda Rioja. The latter was a third cheaper and, for me, more tasty, rounded flavours, familiar and friendly like laughter. 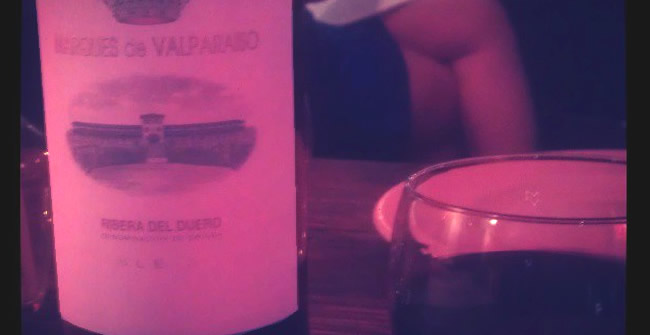 I enjoyed the tapas for its taste, presentation and the activity involved in seeking out more foods bits with my plate. My friend Ricardo, a seasoned veteran of San Sebastian's gothic "Pintxos" quarter, was adamant there was not enough bacalau (cod) in the croquetas but that seemed to be the only critical comment. Overall, the experience ticked many of the right boxes including ambiance and a reasonable level of quality in terms of food and wine. What more could we ask for?

Well, what we were given was a conundrum in the form of a 12.5% levy on our bill. We are very used to paying service charges but in this instance, the question had to be asked: "What is this for exactly?" The food was covered by the bulk of the bill itself, the wine we selected ourselves, unaided by a member of staff, the food was presented on the front counter which we retrieved ourselves, yet despite being very polite, there was a added levy for service, which one could deem, impolite. To be fair, when asking us to vacate the table for the next booking, the waiter was very apologetic but still, I don't pay for such ejecting prompts as a rule.

It seems to say more about how we are perceived by "businesses" that as "consumers" we take what is given to us even when that means bills. Tax is a contentious issue these days. I can't help feeling that it is perhaps for the wrong reasons. Paying tax means giving money one has earned to someone else who has not earned it. Yet we in society, hand led by governments and media, now make regular protestations regarding those who do not pay enough. It is branded "fair" or "unfair" ignoring the fact that it is more often that not completely legal. Who in their right mind would pay more tax than is necessary either to a waiter or to a government?