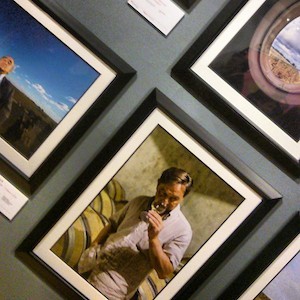 Jonathan Stevens, Errázuriz Regional Director, presented Jon with a £1,000 prize for his winning photograph ‘Dominique Lafon tasting at his cellars’ at the ceremony.  Jon also receives a year’s supply of Errazuriz wine.

“The standards at this year’s competition were incredibly high with 6,000 images entered into the awards internationally,” comments Stevens. “Jon’s image really stood out from the rest in this category for its relaxed composition, the expression of complete absorption on the subject’s face and the capture of a perfect moment in time.”

Jon Wyand says: ‘Food photography has been flavour of the month for years, so it’s great to have more recognition for wine photography.  While a food photograph stimulates the appetite, I think good wine photography of a vineyard or winemaker directly increases pleasure we get from tasting a wine by bringing us closer to its origins and creators.’

Jon’s winning image, originally taken for the cover of Vigneron magazine in France, scooped the People’s section, while another of his shots ‘Burning Prunings at Les Perrières’ won the Place sub-category and was taken for a forthcoming book on the Hill of Corton.  Paris based Owen Franken won the Produce section with ‘Two Bottles’. 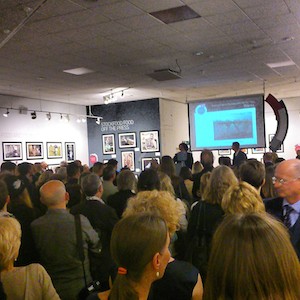 More than 400 guests and finalists from across the world attended the awards ceremony, compered by chairman of the judges, journalist and food critic Jay Rayner.