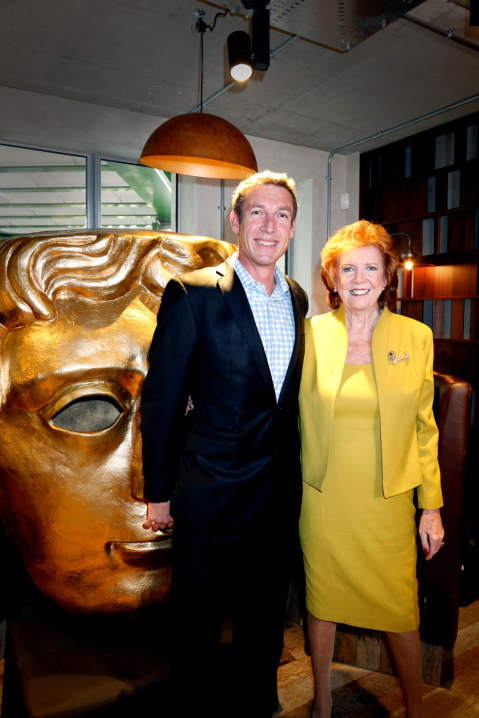 Official wine partner to BAFTA, Villa Maria wines from New Zealand, was delighted to host an intimate lunch for television entertainer, actress and singer Cilla Black yesterday at fellow BAFTA partner, Hotel Chocolat’s restaurant Rabot 1745.  Held in honour of the Special Award that she will be given at the Arqiva British Academy Television Awards in 2014 on Sunday 18th May, the lunch was attended by General Manager Winemaking and Viticulture at Villa Maria, Alastair Maling MW, as well as close friends and colleagues who have played a significant part in her hugely successful career.

This year the Special Award is given in recognition of Cilla Black’s contribution to entertainment over her 50-year career.Regularly drawing audiences of around 18 million, she has hosted more than 500 television shows and made around 400 guest appearances on others.  Considered a national treasure by the British public, she is one of the few television personalities that can be recalled by their first name alone.

The intimate lunch took place at unique cocoa restaurant Rabot 1745 in London’s Borough Market. Guests were welcomed with a special cocktail made using Villa Maria Lightly Sparkling Sauvignon Blanc and called ‘Anyone Who Had a Heart’ after her 1964 No 1. hit single.  They then enjoyed a specially prepared lunch with each course carefully matched to the following Villa Maria wines.

Ø  The Roast and Conch Salad (Green leaves and herbs with smoked mackerel and cacao pesto,

The Arqiva British Academy Television Awards will be broadcast on Sunday 18 May on the BBC at 8pm.