Chaîne des Rôtisseurs - The winning chefs, sommeliers, and why they matter 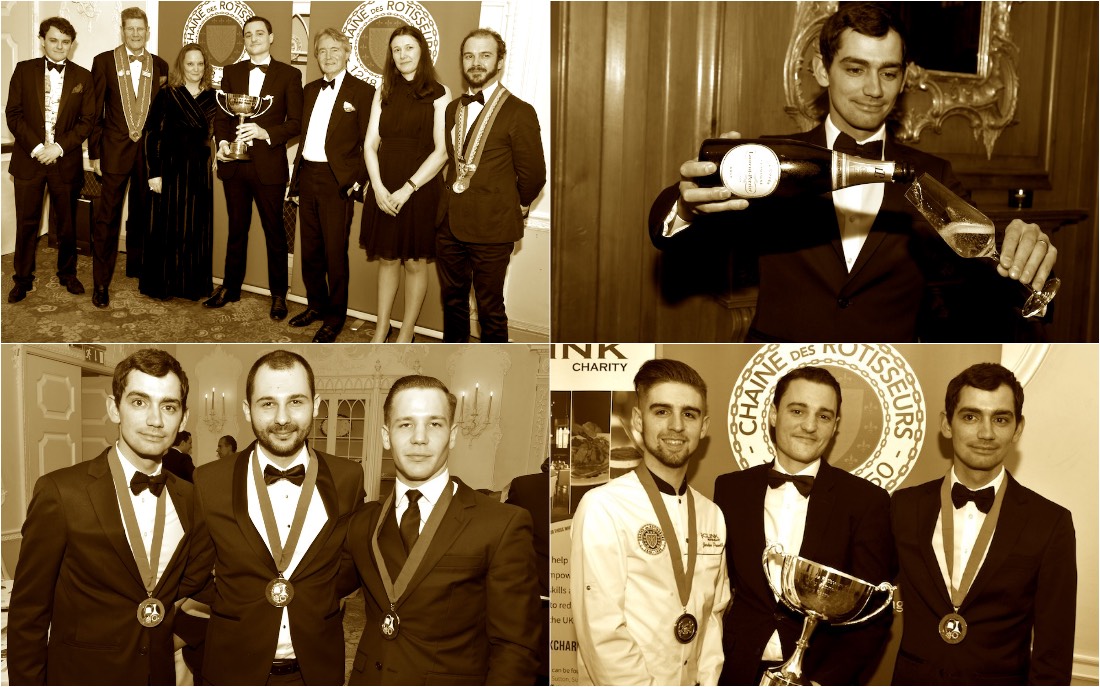 The Chaîne des Rôtisseurs have announced the winners of The Young Chef GB and The Young Sommelier Competition awards for 2019, with the Gerard Basset Tasting Trophy as a new addition.

Sitting in the luxury environs of the Dorchester Hotel, we could ask why such occasions are relevant at all to the public which they serve? I hadn’t thought of this before the awards dinner but fragments of statements picked up throughout the evening came together to illustrate a more interesting dimension.

The world is most certainly in flux. Environmental changes are combining with health concerns that are redefining how and what we consume. The young chefs and sommeliers coming up through the ranks today are confronted with a huge range of international wines and food ingredients to choose from.

This point was illustrated very well by sommelier judge, Steven Spurrier, who, in commending the talents of the young blind tasting competitors, pointed out that the challenge would be beyond most of his own generation because many of the wines being presented simply weren’t around when they were learning to taste.

Steven went on to note that Frenchman Paul Fauvel, Head Sommelier at The Lanesborough, winner of the Gerard Basset Tasting Trophy, approached the tasting table with enormous confidence and was able to pinpoint the wines with swift precision, with one being from Chile, another from Burgundy, and others from far-flung corners of the world of wine.

Guiding and responding to the customer

At the other end of the expertise in tasting is the ability to guide customers wishing to explore wine lists and also respond to their changing desires.

I managed to exchange a few words with Young Sommelier Of The Year winner, Matteo Montone, who in the last six years has worked at The Shard, The Ritz, Locanda Locatelli, and now as Wine Director at the London EDITION Hotel in Berners Street.

I asked Matteo about emerging trends he has noticed in his time in London, to which he replied:

“A trend I am seeing a lot is that people are drinking a lot more English sparkling wine. Another trend I see is that people are starting to experiment with less known varieties. Ten years ago people tended to drink only Cabernet from Bordeaux or wine from Burgundy, whereas today they want to be guided on other things. There seems to be much more drive towards experimentation.”

This is reflected in Matteo’s current expansion of the English sparkling list which currently has 6 producers versus 60 from Champagne. He is currently selecting an English sparkler to serve by the glass but hasn’t made a final decision yet on what that will be.

Putting food on the table 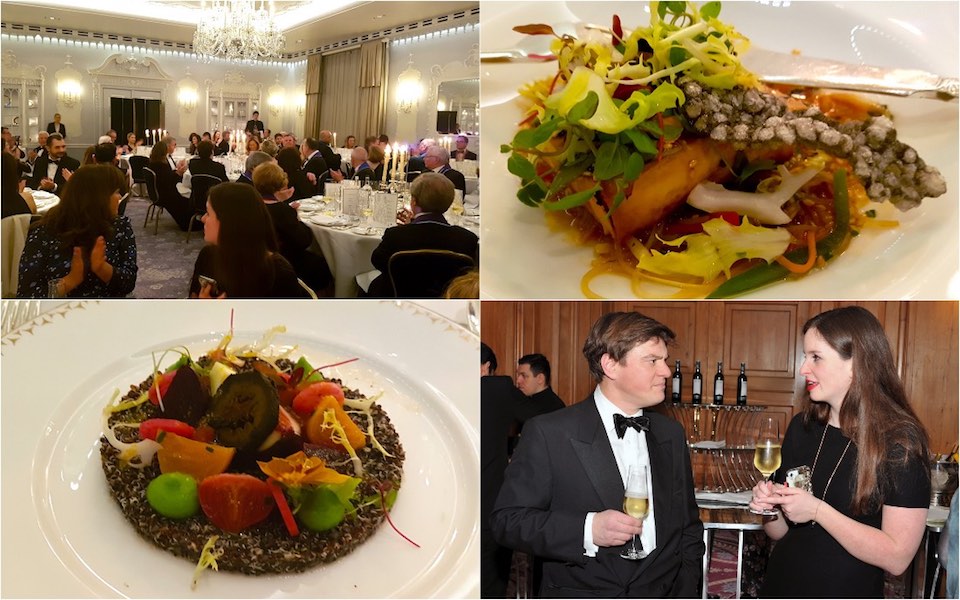 The Chaîne des Rôtisseurs is a platform for chefs to excel and advance in their careers. In today's world, the rise of vegetarianism, veganism, organics, and a deluge of ingredients from around the world mean that the need to innovate and stay abreast of the changes is key to the chefs' role.

Instep with these challenges is the Young Chef GB winner, Jordan Powell,chef de partie of South Lodge, near Horsham, West Sussex. I asked him what he gained from entering the competition, beyond the obvious prestige. He replied:

“I think it is the feedback because in a competition you are cooking completely by yourself. What you put out is you and your style. So when you get constructive criticism, it is really valuable.”

“I learned a lot because they give you a mystery basket and whatever they give you, you have to cook with. I like this style of competition because when I’ve come up in competitions before, I have known the chefs with whom I am competing and they cook their employers dishes. I don’t think that is fair because they are just replicating what they do in their kitchen. Of course, they are going to win because their chef is of a higher calibre.

But when you get given a mystery basket, you have to cook purely on your own style and your own repertoire of cooking. When you get down to that, it is fantastic!”

There is an interplay between where and how our food and wine is produced, and what influences us in what we consume. The decisions we make as diners are informed by a myriad of sources, from Attenborough dropping an ecological bombshell on TV, to our personal quest for chemical-free produce that might make us live a little longer. The chefs and sommeliers coming up through the ranks are in-step with these trends and it is through them that we are able to gain a fascinating perspective on the times in which we live.

The Gerard Basset Tasting Trophy was presented to Paul Fauvel by Gerard’s widow, Nina and their son Romaine. Nina said:

‘Gerard always love blind tastings. In fact, it was his favourite part of any competition. I know he would have been very proud of this choice. It is so fitting to have a tasting trophy like this in his name’.

Paying tribute to Gerard Basset, Philip Evins, Bailli Délégué for the Chaîne des Rôtisseurs, who was also one of the Young Sommelier judges, echoed this:

‘Gerard was not only a good friend to us all but also an enthusiastic contributor to the Chaine, helping us to create the GB competition back in 2008.  He remained Chair of the Judges until this year, and we have so much to thank him for. Gerard was life-enhancing, and a wonderful mentor of young people, encouraging them in their careers.’

The Chaîne des Rôtisseurs is an international gastronomic society. Founded in Paris in 1950, the society is dedicated to bringing together professional and non-professional members from around the world who appreciate wine cuisine and fine dining. Its long culinary history and tradition can be dated back to as far as 1248 and continues to be promoted today through its extensive local, national and international events. In an age of fast food culture, the Chaîne aims to sustain the appreciation of high-quality food and drinks of all types and provide recognition for excellence.

The Young Chef Competition is just one of a calendar of world-renowned events hosted and promoted by the Chaîne des Rôtisseurs to encourage the aspirations of young professionals and provides a platform for them to compete with their peers. The Chaîne provides a network across over 80 countries where the spirit of camaraderie helps and welcomes travelling members.