Sat in the back of a van trundling out of Izmir along the coast in the summer sun, we had no real idea where we were being taken. The man in the front seat nodded cheerfully as he weaved in and out of the slower moving traffic. The landscape here is not a lot like I’d imagine of Turkey, being luscious, green and mountainous, leaning down into the calm Aegean Sea. As the road narrowed we had obviously reached the area known as Urla.

The road curled around the valley revealing large sets of ancient yet beautifully twisted olive trees with great big wide pear shaped bellies. The van eventually stopped by a villa set in landscaped gardens with assorted rare species of trees in every direction. Was this a wine tasting or satellite office of the Eden Project?

At the entrance of the villa was the owner and creator of the whole Urla Winery project, Can Ortabaş, a debonair fellow with a relaxed demeanour. We walked through to the back terrace to hear the story of how he came to be involved in this region and why it is so important for him personally, but also for bringing the cultural history of wine into today’s Turkey. Can came to view the property as part of an investment opportunity but had a “eureka” moment and decided that this place was where he would rest his hat and call “home”.

The vine growing in the early summer sun

This area where Urla is located was a small part of the region of Anatolia, which has a history of making wine that goes back around 6000 years. The history is woven into Can’s story as it was whilst walking over the hills on the property, that he discovered some old amphora with traces of wine still visible in them. These amphora were thousands of years old, dating back to a time long forgotten when wine grew here on a scale that could provide for the local population of ancient Greeks.

This marked the start of Can’s journey as he started investigating the lost vines that would have grown in the original vineyards. It was with sheer persistence that he managed to obtain some rare rootstock that could be analysed in a laboratory and literally brought back to life as wine producing vine. Although, not quite Jurassic Park, the idea of cloning vine stocks to bring back ancient wines long forgotten is one of the most ambitious that I know of in the world of wine.

The project took around ten years before the conditions were right for Can to plant his first full vineyard to produce wines in a forgotten style with state of the art technology to bring the dream into being. At this point it is worth pointing out that the story is set in one of the most beautiful spots along the Aegean coast where the land turns and folds in different shades of green and umber against the pure blue skies. After some tea we headed down across the lawn amongst an assortment of rare trees forming impromptu forests of various palms, olives and Italian cypresses. Can’s passion for plants had created a side business sourcing rare and beautiful trees to sell to discerning clients. We met such people at the base of the lawn, an elderly retired couple who were instantly imbuing us with friendship and more chatter of the coast and their own famous jams (more on that later). Can took us around the property and then drove us across to the winery. 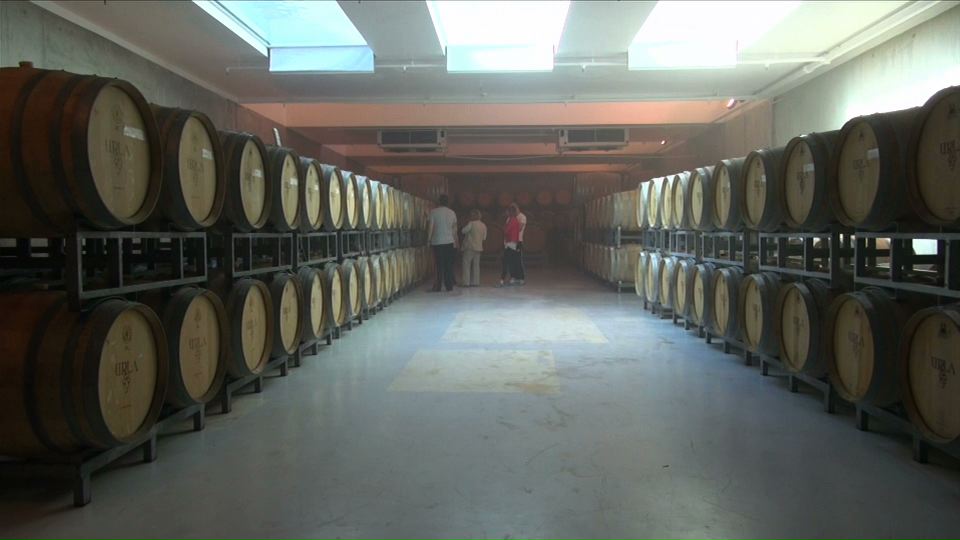 During the construction he had mentioned he and his wife had struggled to live in the two roomed hotel (he suggested possibly the smallest hotel in the world) that sits on the floor above the winery. Of course, when we finally made it there, the degree of his hardship was not something we should dwell on. The large rooms and panoramic views are more than most would wish for as a prize for a life's work. Beneath the rooms lie the workings of the winery. 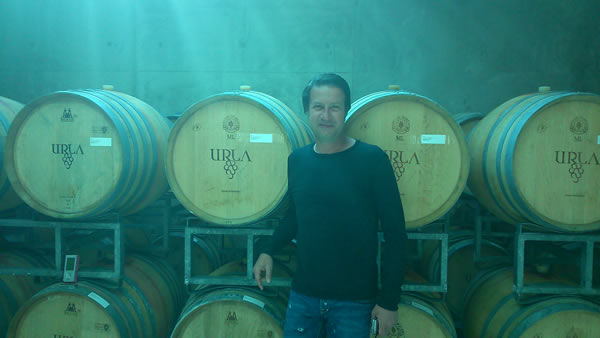 Man on a mission, Can Ortabaş is the impassioned owner of the Urla Winery

Here the contemporary minimalist architecture cuts some fine shapes against the curvaceous landscape, but despite the stylish setting, the form does certainly follow function. Walking the length of the fountain that leads into a central cavity within the building, we can see the glass windows in the bottom of the shallow pool that refract light through to the casks in the cellar. Immediately to the left are the tasting rooms but before we get to sample the nectar, we are led to the right to see how the wine is produced. 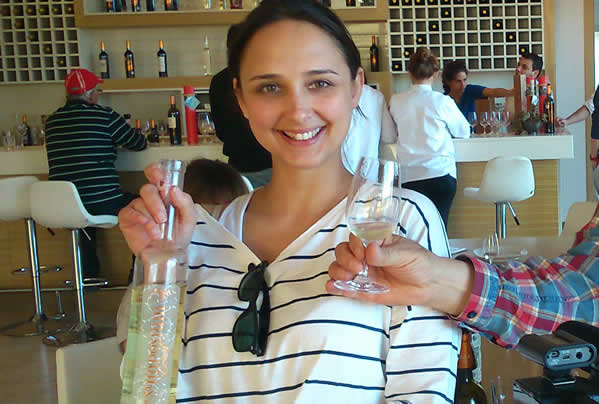 The wine making equipment is all very modern and state of the art, computer managed. This reflects the stark contrast of ancient and modern and overall attention to detail that is lavished on crafting these wines. Can points out that 80% of his staff are female and highly academically qualified in the science of what goes on here. There is enough gadgetry to fill the hide-out of several James Bond baddies (though if they’re producing fine wine then we can at least refer to them as “goodies”!).

It was at this final juncture that we rejoined our jam making friends to conduct a thorough sampling of the wines. 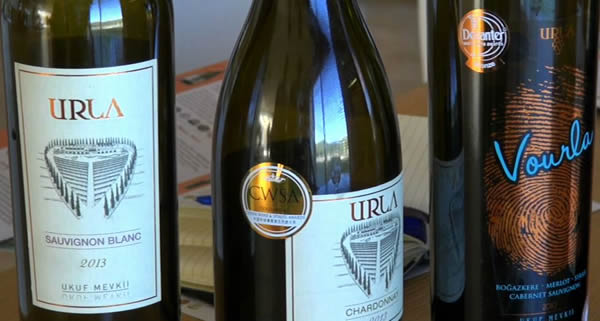 Urla Chardonnay 2013
Primrose yellow in colour
Slightly floral and citrus nose. To taste there is peach and a decent acidity. It coats the mouth. A good wine to have with cold mezza of anchovy!

Vourla 2010
42% Merlot 28% Cabernet Sauvignon 22% Boğazkere 8% Syrah
Soft round tannins. Damson plummy fruits with other dark fruits and a layers of cinnamon. Could easily age for a longer. Well balanced wine. 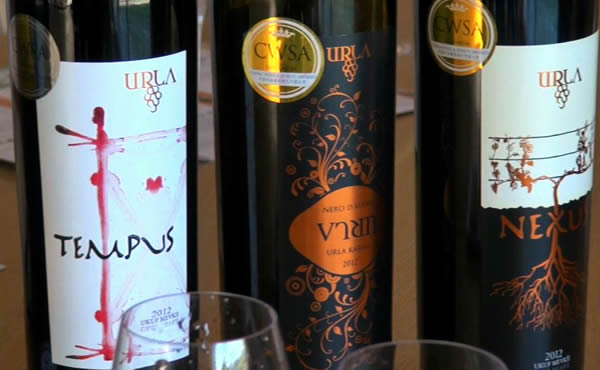 Tempus 2012
Cabernet Sauvignon-Merlot-Boğazkere-Petit Verdot-Cabernet Franc,
One to lie down for a few years.
A good bite of tannin, peppery with dark red fruits. Lovely quality with stylish label too.

Urla Nero d’Avola 2012Almost opaque, 15% alc.Compote of plums, damsons, cherries and blackberries. A layer of liquorice coats the mouth and leaves a lasting impression on the palate. Definitely one to enjoy with good friends. Will certainly keep and be a perfect accompaniment to a host of lamb dishes from here on in.