Apart from a very cool name, he has a stable of very fine producers and a good volume of these wines. This doesn’t happen by accident. It takes many years of knowing the market, the up-and-coming wines and supporting producers in the not-so-good years to gain their trust, their respect, and their larger allocations of the best wines. 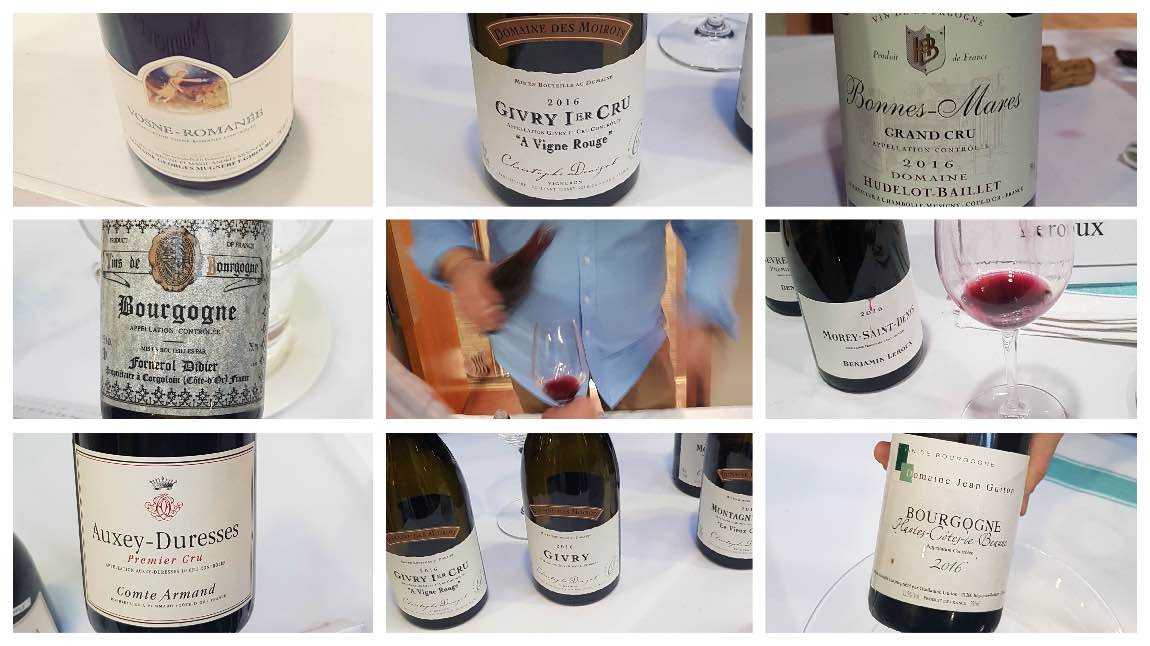 Brendan Barrett shares his reflections on what to look for tasting young wines fresh fromthe barrel, as well as his notes from the Howard Ripley tasting in London during Burgundy Week

The wine business is about relationships: “trust, respect and… allocations”

On Wednesday, I went to the Howard Ripley tasting in London. Apart from a very cool name, he has a stable of very fine producers and a good volume of these wines. This doesn’t happen by accident. It takes many years of knowing the market, the up-and-coming wines and supporting producers in the not-so-good years to gain their trust, their respect, and their larger allocations of the best wines.

Buying wines in bad years is difficult for wine merchants as they are the ones often stuck with wines that sell slowly when the reviews come out. But for those merchants that support the producers the reward comes in the good years when they get more than their fair share of the best wines, even when the producers can sell it for more in the US or China.

Wine producers in Burgundy are mostly small businesses, and they know that it is far more important to nurture the merchants who buy in the bad years, rather than try to sell everything in the good years. The same can be said for your importers/wholesalers/wine stores. Treat your merchants well. They are choosing you just as much as you are choosing them.

The Howard Ripley tasting is a highlight of January. For many reasons, January is when the Burgundy producers hit the road and do a bit of marketing. October is spent getting the wines to bed after Harvest. November in Burgundy is a blur of festivals and celebrations…. literally, very blurry. December is the same mad run up to Christmas. By February, people are rushing to finish the pruning. March, things have to be ready for spring and then the chaos of the growing season starts again. So January is a good time to get out and show some wine. 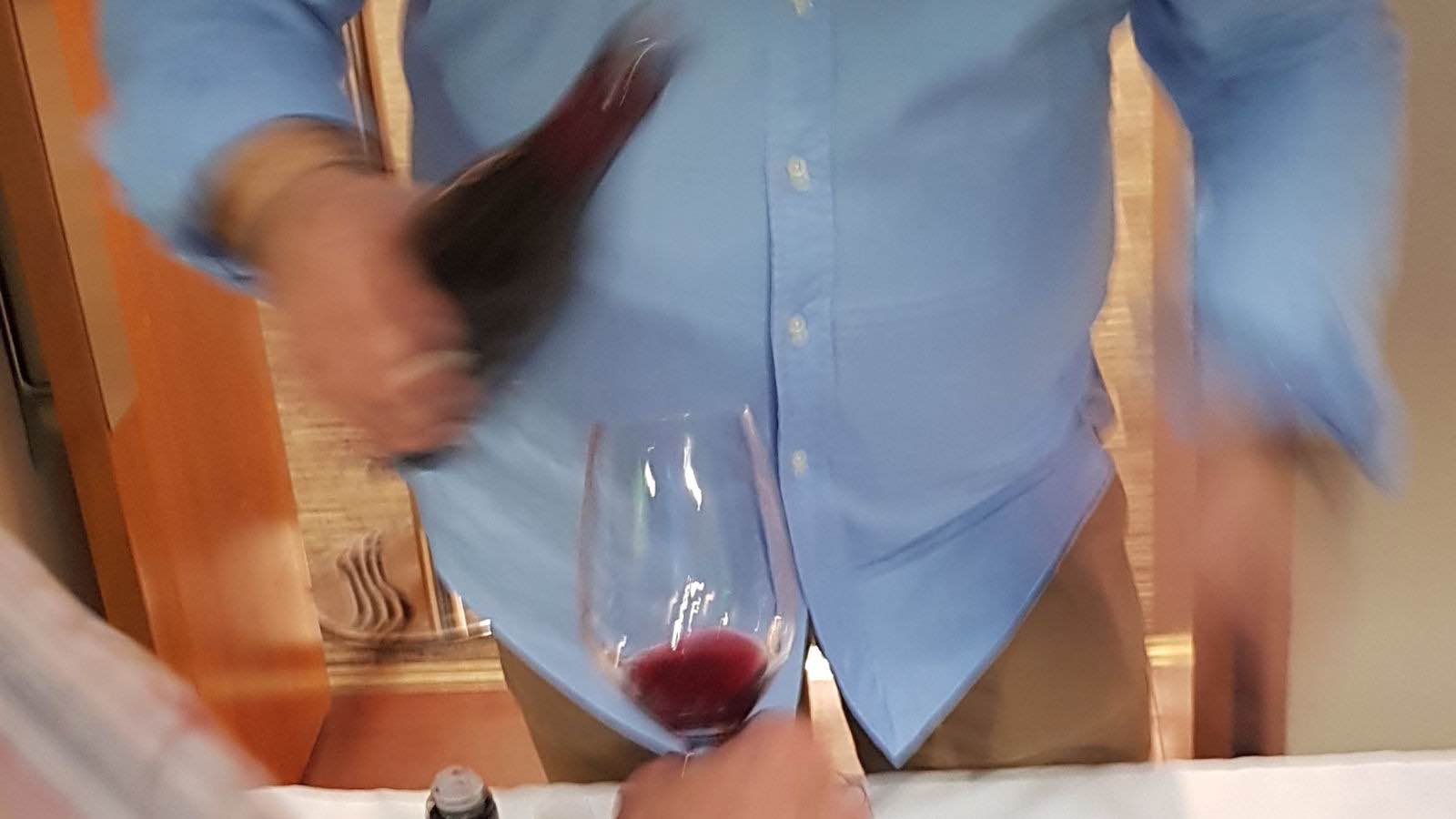 Tasting wine young is a bit different to picking up a bottle and enjoying it now. There will be wines that are great now. I found a few. They are worth buying, drinking most of them young and seeing what a few look like at a later date.

Some of the more complex wines will not show well now. For these, it takes practice to recognise the good characteristics of young wine. You need to look at structure. Some will be too tannic now, but that will soften, and this is a characteristic required for long ageing.

The same is true for highly acidic wines. A lot of these samples will come straight from barrels and so may show a bit more obvious oak than you will like. This will soften down as the wine ages over a few years. Look out for any green or acrid tannins. They don’t get better. On the positive side, if there is a beautiful perfume on the nose, that will persist as it ages.

One of favourite wines of the tasting was a village Givry. A well-respected taster and friend, said: “I don’t like Givry.” He tasted them anyway and was blown away. He thanked the producer, telling them that it was the best Givry wine he had ever tasted, then thanked me for making him try it. 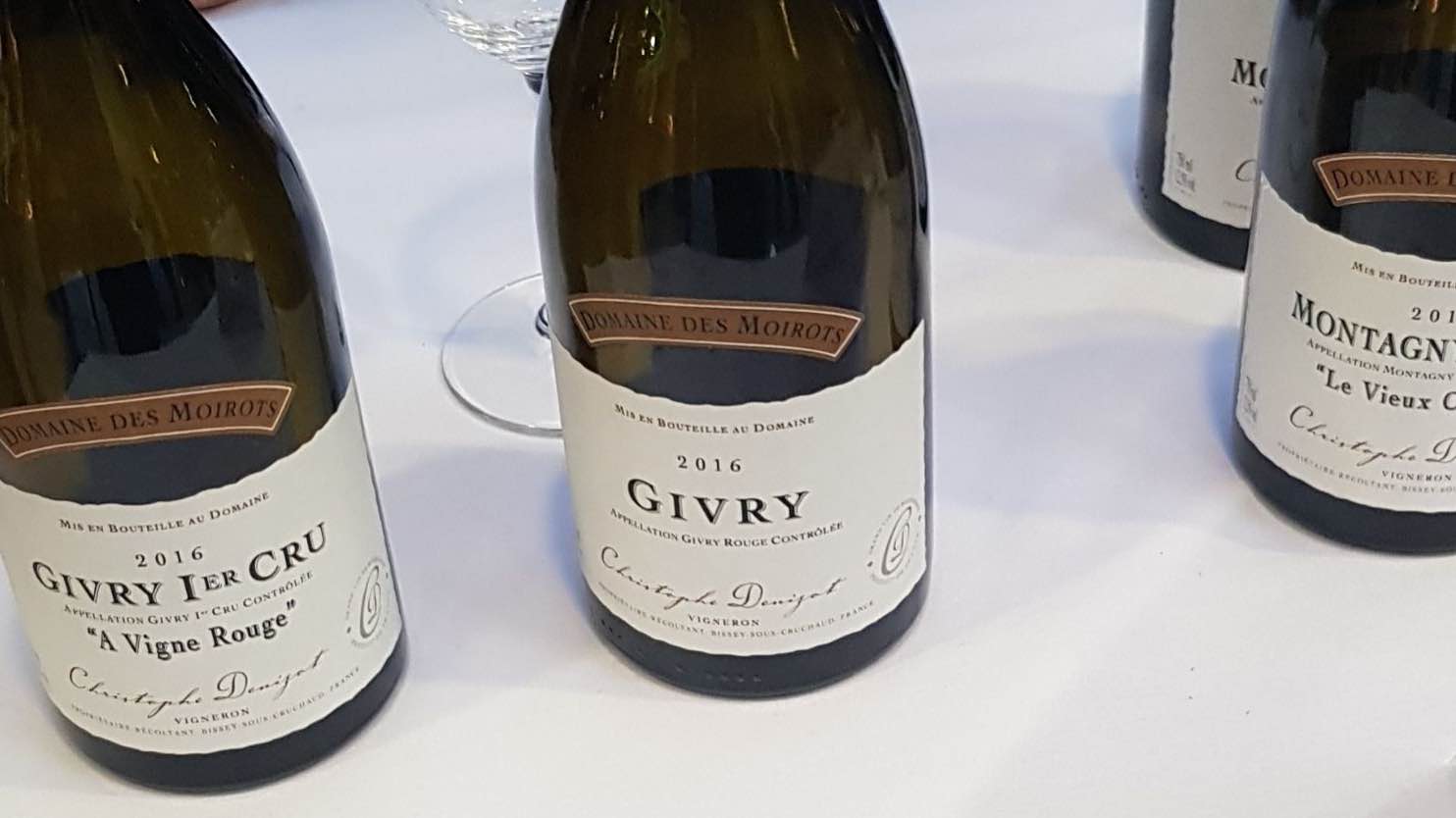 Village Givry – Great fruit forward wine with good balance. Great village wine and only £66 for 6 (plus VAT). Amazing value for a good wine. The Premier Cru Givry was a lot more serious with a fuller mid-palate, more tannin and stronger acidity to add to the fruit power.  At £105 for 6, it is a bargain. To make it more remarkable is that this parcel of vines is only 8 years old. It has been replanted with the same sorts of clones you would find in premier cru and grand cru vineyards in the Cote d’Or so the crops are low and the quality should only get better.

The other producer that impressed me this year was Jerome Castagnier. Another great value wine at the other end of the price spectrum. The Gevrey Chambertin Les Cazetiers was probably my favourite wine of the tasting. The nose was rich and thick with black fruits, excellent balance and power. It is hard to explain power, but it is the intensity of flavour, the mouth-filling flavour that hits every corner of the mouth and the length of time it lingers. A truly exceptional wine. And a bargain at less than £50 per bottle!

He also had a Mazy-Chambertin grand cru on tasting, and while it had everything the premier cru had, it was a little more closed, a little more hard. In time it will likely be better than the poorer cousin, but not yet. Buy 6 of both. See what happens.

The Camille Giroud Vosne Romanee was an impressive wine, with a powerful, round nose, great balance and impressive fruit.  For a village wine, it is punching well above its weight. 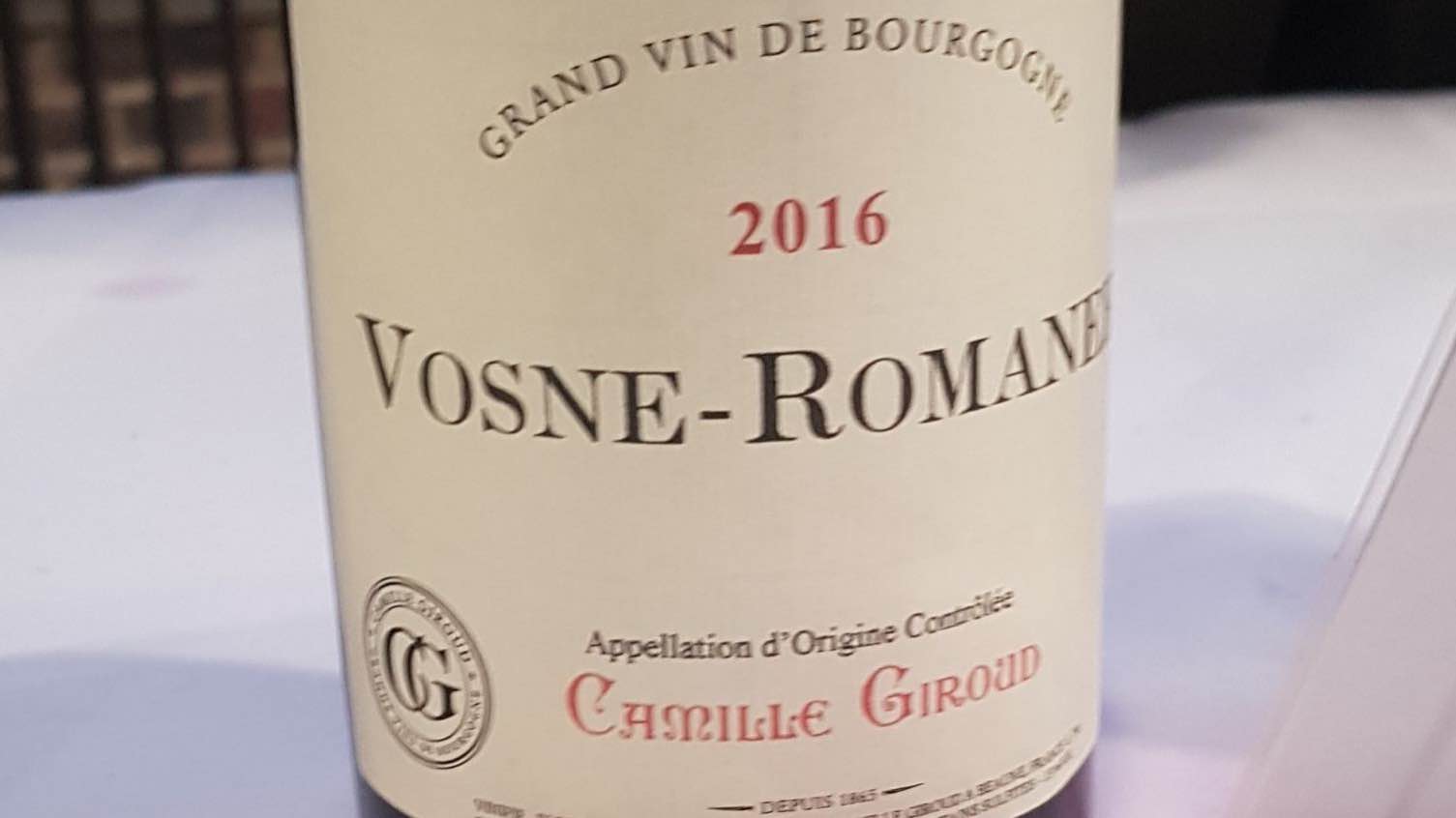 Alain Hudelot-Noellat – was great across the board. The Bourgogne was a little expensive, but about what you would pay for a Bourgogne in a wine store in London, but much better quality than most. The Vosne-Romanee Beaumonts was a beautiful wine.

Domaine Fourrier is always a delight. These are good value considering the reputation and quality of the wines. Each wine is far better than its pedigree would suggest, but it is priced appropriately.  Even given the high price relative to other producers of the same appellations, they are still a good buy. They will age well and will not disappoint. The Clos Saint-Jacques was spectacular. 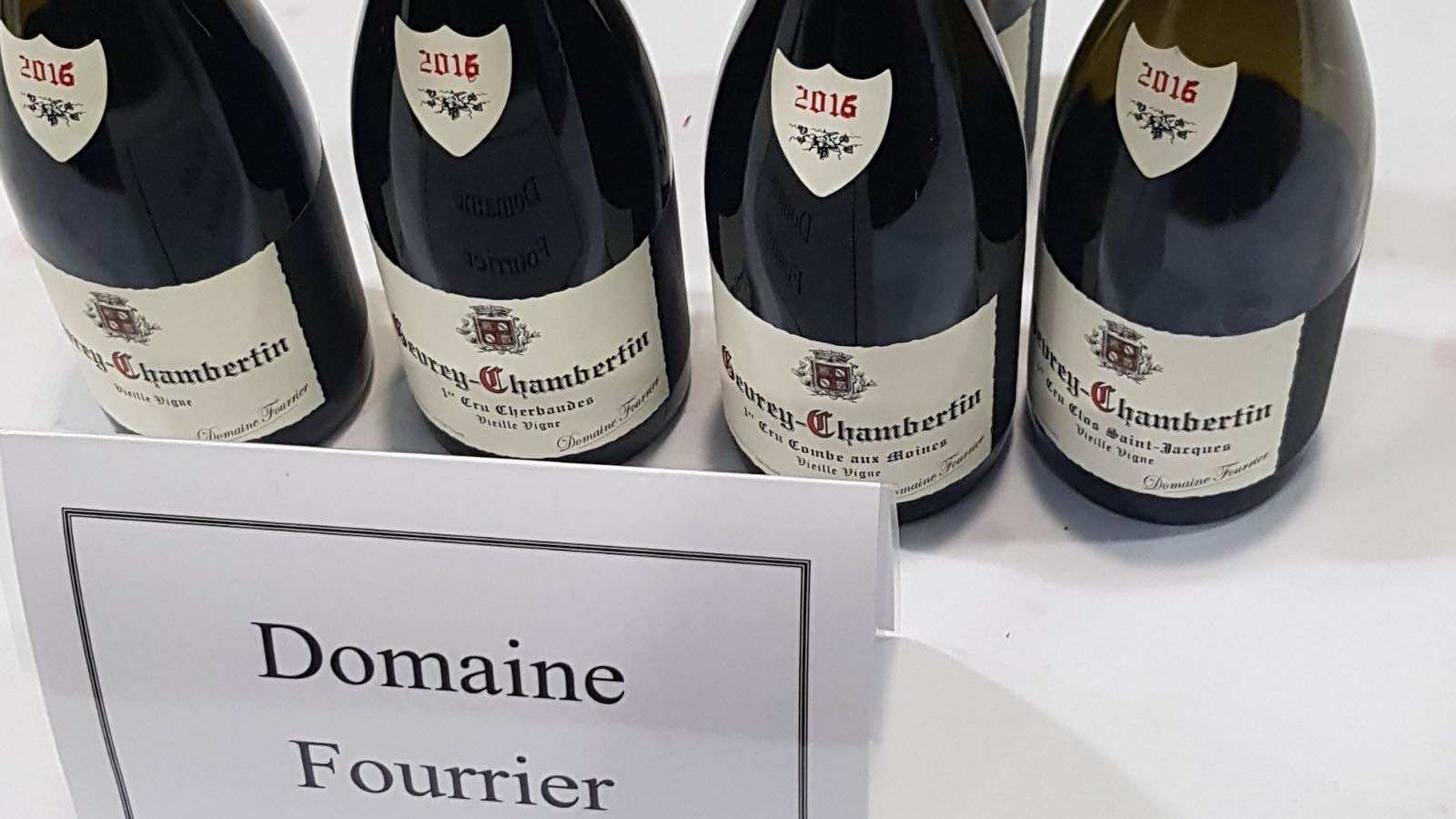 There were a lot fewer whites on tasting and even fewer good ones. The two standout producers were Domaine Dublere and Benjamin Leroux. The Dublere whites are consistently impressive and they had my two favourite wines on show. A brilliant Chassagne Chaume premier cru that consistently has the power and the length of a much more expensive appellation.

The other is one of the best value white burgundies I have found over the past decade. The Savigny Vergelesses premier cru white. Most of the Savigny Vergelesses vineyard is planted to red. The white is incredible for the price. Incredibly perfumed nose, rich and good balance. It is only a few hundred meters away from Corton Charlemagne on the other side of the valley and while it does not reach those heights, it is a lot cheaper.

Benjamin Leroux had a village Meursault on tasting and it was a perfect example of a great village wine. Distinctly Meursault with the richness on the nose and palate. This wine will drink well for 5 years. 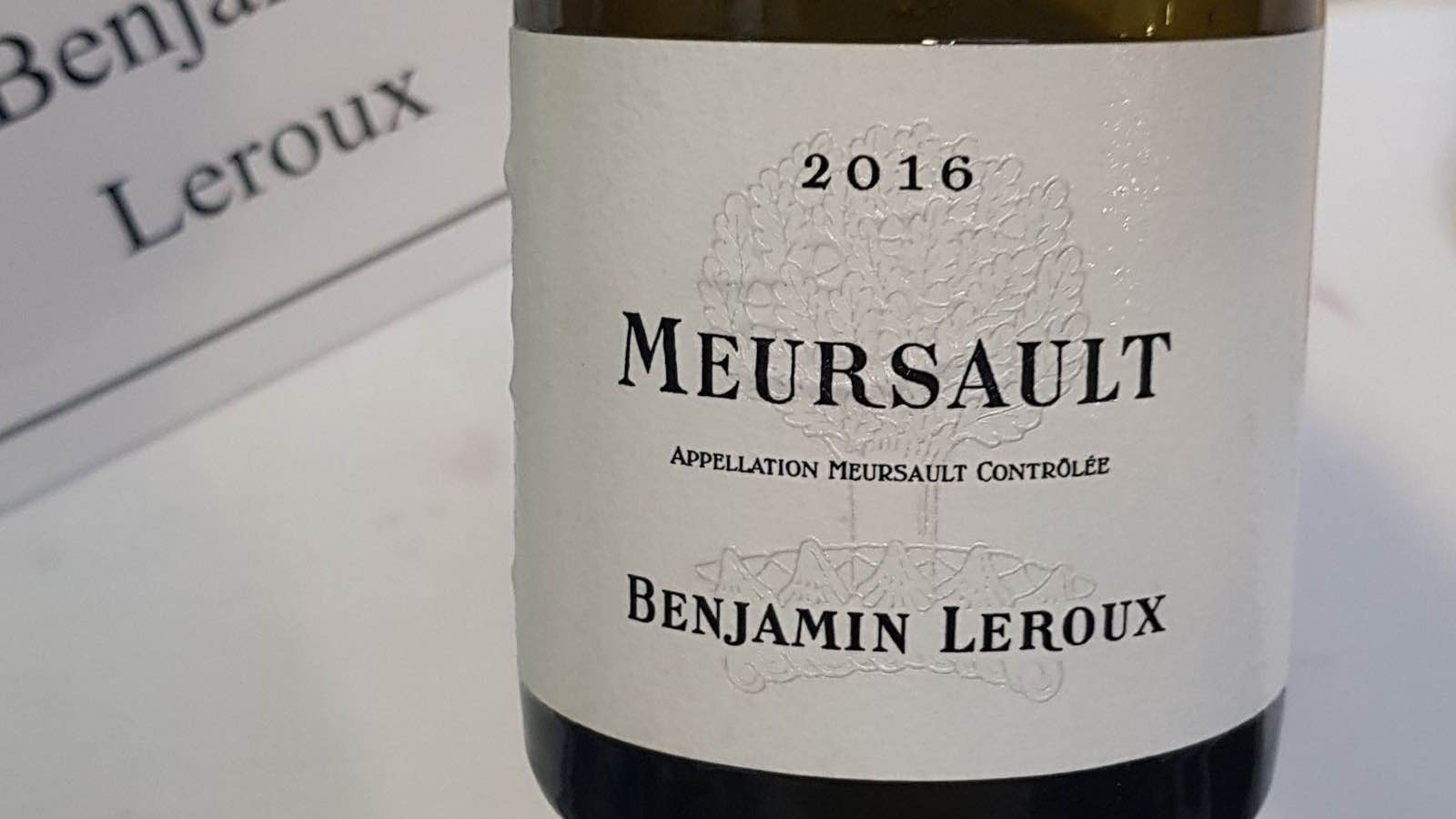 Buying from importers is slightly different than buying from the shops. Howard Ripley sells in boxes of 6, not 12, which means you can mix things up a bit more than from other importers. Once you start buying wines by the case you will not go back. It is satisfying to see the same wines over time.

I will regularly buy a case of 6 half bottles, a cast of 12 bottles and two magnums of the same wine.  Wines age faster in smaller bottles, so trying the half bottles occasionally will show you when the bigger bottles are getting ready to drink. You can then enjoy them over a number of years and if they start to get a bit tired, it is time to drink the magnums, which will look a lot younger as it takes longer for the wine to age in bigger bottles.

Brendan Barrett is a winemaker and vineyard owner living in London