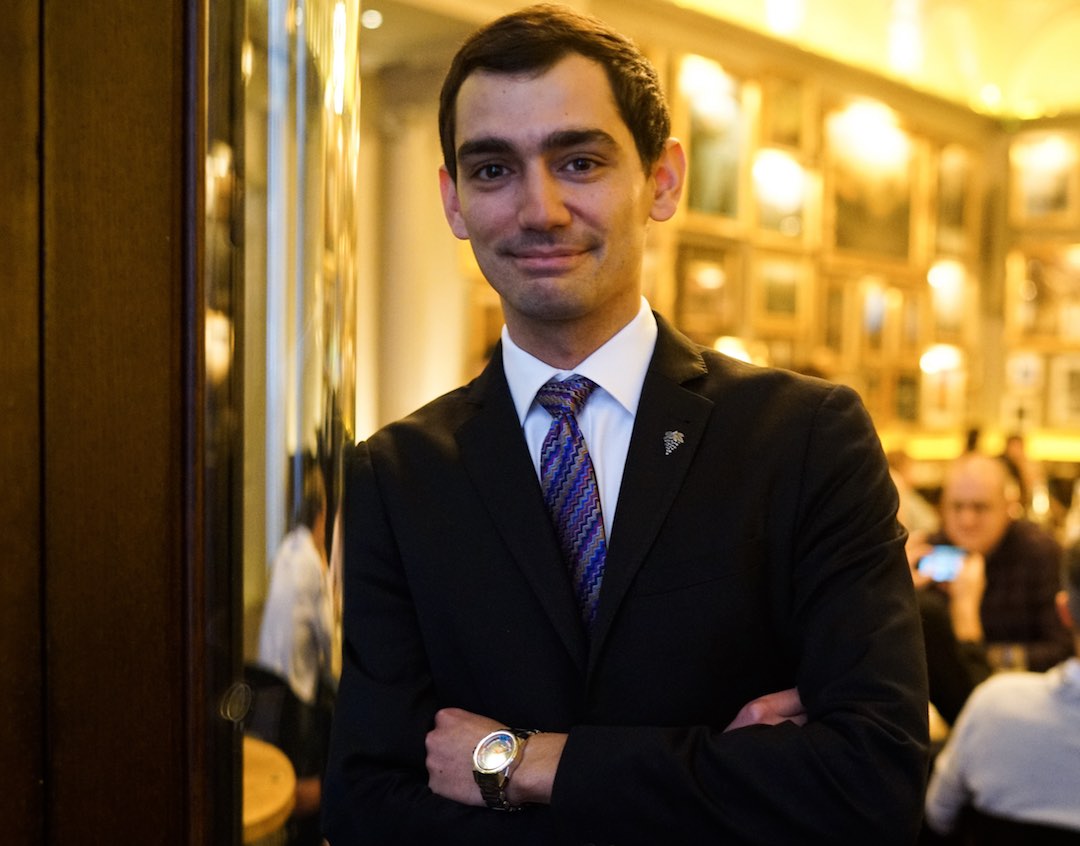 Matteo Montone is theHead Sommelier and the Wine Director at London Edition Hotel. In this interview with Secret Sommelier he touches on what is new and exciting in wine tasting, what regions are exciting him, what taste characteristics customers are seeking out, and which English by-the-glass-bubbly he has just added to his list.

Secret Sommelier: Can you talk a bit about the range of wines at The London EDITION Hotel and any particular regions that you stock more of than others?

Matteo Montone: Bordeaux and Burgundy are definitely most represented on the list and this is reflected in what people are buying. They are classic wines and very familiar to our clientele. But our wine list is VERY diverse – we have wines from Brazil, India, Israel, that we’re always keen for guests to experiment with!

Nick Breeze: Can you identify a more traditional region that particularly excites you and say why?

Matteo Montone: Barolo is by far my favourite wine region – to visit, and to drink wines from! The wines are unique and the area of Langhe is stunning. The gastronomy in the region is incomparable and the wines definitely reflect this... when I drink the wine, I am transported back immediately and would encourage everyone to go there. I myself visit the region at least once a year, for the last 10 years.

Secret Sommelier: Can you give a particular example of a more traditional wine on your list and tell us what excites you about it?

Matteo Montone: Trimbach Reisling, Frederic Emile – the precision, depth and the complexity of the wine is rarely found in other Reislings. But from this producer, that consistency is always there, even with the vintage variations.

Secret Sommelier: When customers are asking for wines, what is the proportion of those asking for wines from emerging regions, compared to traditional regions, and is there a factor that influences customer choices?

Matteo Montone: We are a modern British restaurant and classic wines will always match very well to this kind of fare. However, recently, we have noticed that guests are willing to experiment with the unusual - under the guidance of our strong sommelier team, and we’re always happy to help.

Secret Sommelier: Can you identify one or two emerging regions that particularly interest you and identify an example of a wine that you recommend to customers from these regions?

Secret Sommelier: There is a rise in vegetarianism and veganism. How do you approach this from a food and wine pairing perspective?

Matteo Montone: It’s never been difficult to match wine with vegetarian dishes. But now vegetarian food is so much more interesting than it used to be, with bold flavours and personality, so it’s a pleasure to pair wines that work well with these – you can get a bit more creative with the pairings. For example, with natural wines, you can add an extra layer of flavour.

Secret Sommelier: Can you give a particularly good example of a vegan dish that pairs well with Cabernet Sauvignon, or a full-bodied Shiraz, for example?

Matteo Montone: Definitely a gnocchi, as it’s so weighty – to pair with a full-bodied Shiraz, maybe with aubergine and black olives, to compliment the flavours of the wine.

Secret Sommelier: What winemaking techniques are you aware of currently that you find really interesting and say why?

Matteo Montone: There are a handful of orange wine producers that I really like, and I find the whole process interesting – when it works well, the results are stunning.

Secret Sommelier: Is there a particular taste characteristic that you see customers are excited by?

Matteo Montone: Guests have recently starting enquiring about the minerality and ‘earthiness’ of the wines on the list.

Secret Sommelier: And finally, what do you see as the biggest trend that is emerging now and that you have to respond to as a sommelier?

Matteo Montone: As I mentioned before, there is much curiosity and interest around English sparkling wines – which is one of the reasons I added Nyetimber Blanc de Blancs 2013 by the glass to our list.

Matteo Montone was crowned Young Sommelier Of The Year 2019 (GB) by the Chaine Des Rotisseurs.