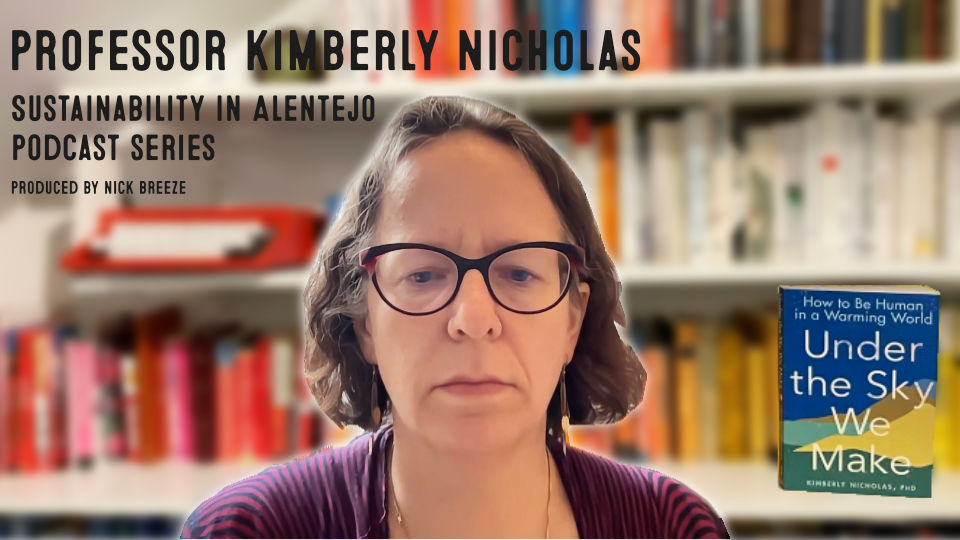 In this interview with climate and wine scientist, Professor Kimberly Nicholas, we discuss the urgency of the climate crisis and the need to scale up mitigation and adaptation in the wine industry and beyond to avoid catastrophic impacts of climate heating.

Kimberly is originally from Sonoma in California’s wine country and is currently based in Sweden at the University of Lund. She has also recently published a book titled ‘Under The Sky We Make’ highlighting the agency available to all of us to contribute toward a better world. Kimberly also produces a monthly advice column called We Can Fix It sharing thoughts and engaging in broader discussion on this complex subject. With the lens focussed primarily on wine, we look at the benefits of using a wider range of grape varieties, as well as the growing trend towards regenerative agriculture, to restore soil carbon and build resilience.

To give some context to why there is an emphasis on words like urgency, catastrophe, and resilience, is because the Intergovernmental Panel On Climate Change (IPCC), a scientist-led division of the United Nations, have in 2022 stated that we need to reduce our emissions in developed nations by 10-12% per year, in order to have a 50% chance of holding warming from rising above 1.5ºC global mean average.

Reducing emissions this fast is a colossal task and is why so many people now agree we are in a climate emergency. Action must start now across our society if we are going to stand a chance of succeeding in sustaining a liveable climate.

The world of wine may only be a tiny percentage of global agriculture but it is also a very sensitive crop and widely regarded as a cultural and luxury product. It is also greatly exposed to the risks of a changing climate and is widely seen as a leader in taking the actions required to transition towards true sustainability.