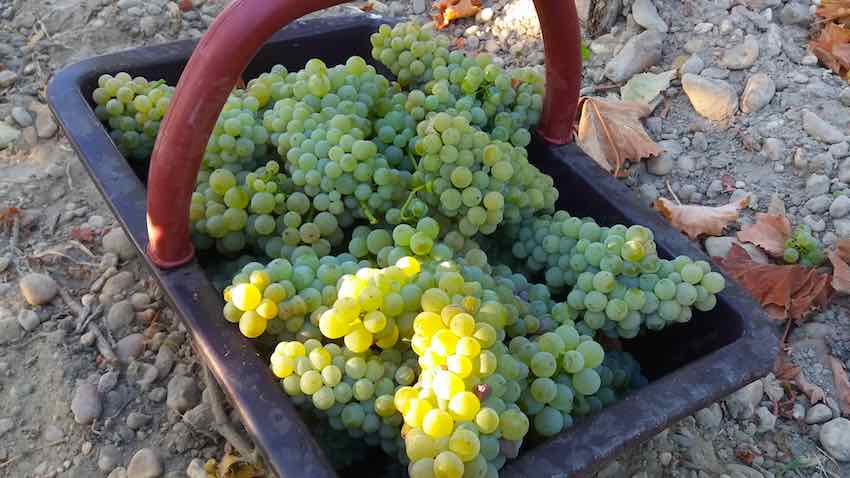 Frédéric Bonnaffous. “We are also picking Sauvignon Blancs at Château Rahoul (Graves) this week but it will be a bit later before we start harvesting the Semillons.”  Grapes for Dourthe N°1 and Dourthe La Grande Cuvée will be picked next week.

Rain is much in demand to support the vines as the red grapes continueto ripen.  Bonnaffous believes that the next few days are critical for their development before he can set a date for the start of the red harvest.  “It may be the end of the month before we harvest the early ripening Merlots,” said Bonnaffous. “With the absence of rain in recent weeks, volumes will probably lower due to the relatively small size of the berries.”

While sunny conditions continue across the Bordeaux region this week, there’s still a great deal of pressure on the team at each of Dourthe’s nine vineyards around Bordeaux, following a growing season noted for its contrasting weather conditions.

The year started with heavy rainfall across the entire region of Bordeaux, well above average for the months up to April.  This helped replenish the water table, which had diminished during last year’s long, dry Indian summer.  With the wet weather came exceptionally mild temperatures (France’s mildest winter on record since 1900), with temperatures averaging +2.5°C for the season.

These favourable conditions brought early budburst on both sides of the river. Good, even bunches were recorded across all Dourthe’s vineyards.   Foliage grew prolifically in the prolonged mild, damp weather causing outbreaks of disease which put pressure on the vines.  Temporary cover planting and soil management, implemented by Dourthe since the previous harvest, helped regulate water levels in the soil and ensured healthy vines in the run up to flowering.

The first signs of flowering appeared at the start of June and continued successfully throughout all Dourthe’s vineyards on both right and left Banks.  From 18 June sunny weather settled across the whole of Bordeaux but with a shortage of rain compared to a 30 year average.

Fruit set at the end of June continued in glorious sunny weather throughout July with temperatures never excessive during the day, cooler at night.

On 26 July the first signs of veraison appeared at Château Grand Barrail Lamarzelle Figeac (St Emilion) and on 31 July at Château Le Boscq (St Estèphe).  However with water in high demand during very hot sunny days, veraison varied.  Dry conditions continued throughout August but variable temperatures during day and night continued to work their magic, not-withstanding the heatwave from 24 to 28 August.  These dry conditions slowed ripening with bunches struggling to increase volumes.

A regular blog during the harvest will appear on Dourthe’s website http://www.dourthe.com/en/harvest-2016/#chapter-1