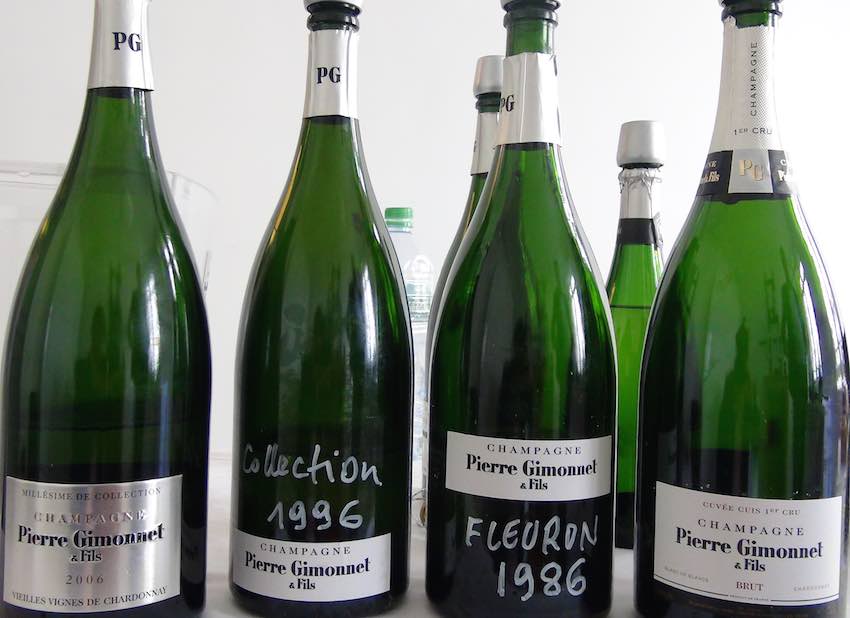 “We have lost 1 point in acidity and gained 1 point in alcohol... If the climate keeps changing a lot… probably we are going to produce great Burgundy in 100 years!”

Didier Gimonnet is one of the brothers in charge of this stylish Grower Champagne that has earned an excellent reputation for richness, precision and focus. In this short interview, Didier highlights the challenges that champagne producers face from climate change.

The climate warming story until now

Globally we have seen a mean average temperature rise of nearly 1ºC since the beginning of the industrial revolution. This seemingly small increase is already creating a range of climatic extremes such as unseasonal hail and frost, placing great stresses on wine production in France and elsewhere.

Didier explains that the climate appears to have been changing in Champagne since 1987. Previous to this date they used to always harvest in October. Since then there have been only 3 harvests in October (’87, ’98 and 2013) with the majority in September. There are even exceptions that have seen 3 harvests since then in August (2003, 2007 and 2011). It would appear from this explanation that the “new normal” is somewhere in September, with August and October anomalies representing a range of natural variability.

I have interviewed other wine producers from France who say that the big problem for them is these climate extremes, rather than the incremental rise in temperature. However, with the current concentration of atmospheric greenhouse gases (CO2 & methane etc.), there is nothing to stop this ongoing rise in temperature. Even if we adhere to all the climate change pledges put forward by nations at the Paris COP21 meeting last year, we would still be locked into a warming of around three times what we are currently at.

As it stands, there is nothing to halt the rise in temperatures so it does stand to reason that the extremes are very likely to become more extreme and more intense.

What has been the impact on the champagne grapes so far?

Gimonnet points out an important element of the changes he has seen: “In the last 25 years we win [increase] 1 point of alcohol and we decrease 1 point of acidity.”

These trends pose an enormous threat to champagne’s most treasured characteristics: “If you are not careful, you could have wine with more structure and with less freshness. That means less elegance and finesse and I think the most important thing for champagne, if you compare to other sparkling wines, is to have this elegance… and if we are more elegant it is a question of terroir but it is also a question of climate…”

So what’s to be done?

Didier Gimonnet highlights the importance of the “choice of plan for your vineyard”. Further explaining that producers will have to work much closer with the vines to create the optimum conditions for producing fruit that has the high quality we expect.

When I pressed him on how he will cope with a continually rising temperature, he thought for moment before saying: “I am not so pessimistic as you are. I am sure that nature is going to find a balance… I am not so pessimistic because the Cote Des Blancs is an area with such acidity…” then to end on positive note in the face adversity Didier delivered his final prognosis: “If the climate keeps changing a lot, if you see the quality of terroir in the north of Cote des Blancs, Cramant, Avize or Chouilly, probably we are going to produce great Burgundy in 100 years… so it’s not so bad, huh?”