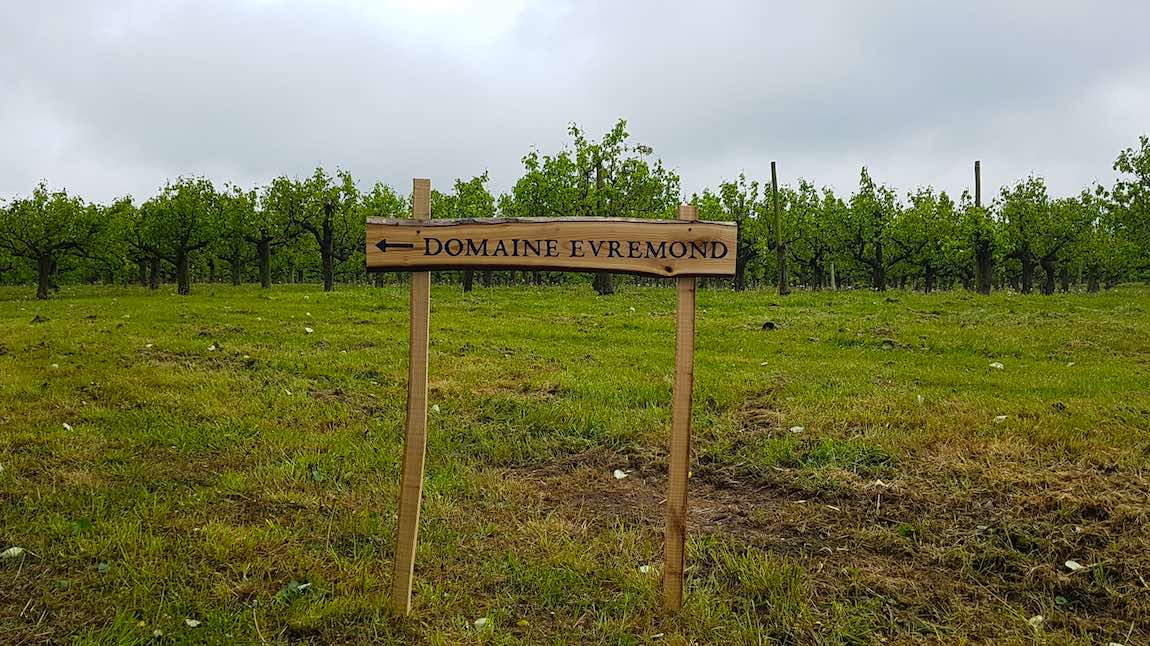 Much of the wine news is rightly centred on the recent frosts that have now claimed some substantial victims in southern England right on the back of losses in Champagne, Burgundy, Bordeaux and the Loire.

In defiance to these woes one of the wine world’s biggest names, Champagne Taittinger, held a very jolly day at their new estate, Domaine Evremond, in the Kent countryside, inviting us to plant vines and speak to their team led by family members Pierre Emmanuel and Vitalie Taittinger, as well English partner, Hatch Mansfield.

As we trod our way into the muddy fields, a light effervescing rain was upstaged by the generous pouring of Taittinger’s Comtes de Champagne 2006 - a magnificently elegant wine that typifies both the history and fresh forward outlook of the sparkling world’s most famous region. 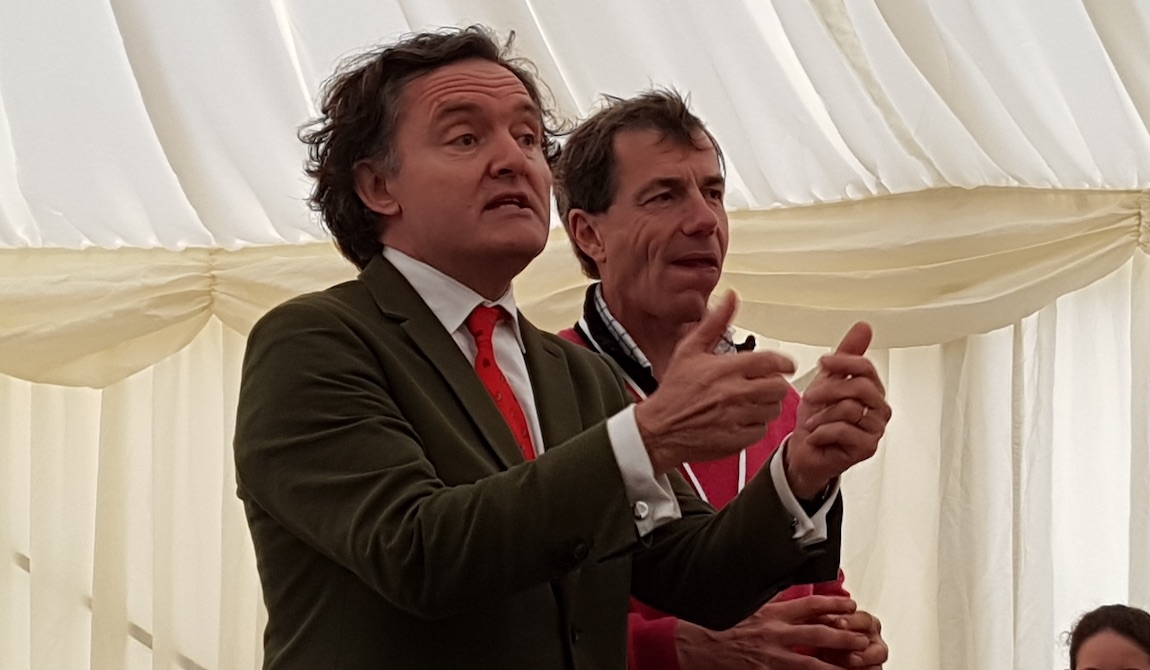 Unseasonably extreme weather is one of the early signals of climate change and is now making itself felt more often in the most famous vineyards in France and elsewhere. Although engineering solutions are being proposed to combat frost and hail, a future of uncertain vintages seems a very likely reality.

Another effect of climate change is that ideal growing conditions for many agricultural products are moving northward or to higher altitudes to stay cool. This has been one of the key drivers behind the boom in English sparkling and still wines.

Champagne Taittinger already have a strong cultural presence here in the UK sponsoring many events such as BAFTA and the Pink Lady Photography Awards. Planting some vines can only be a natural next step. 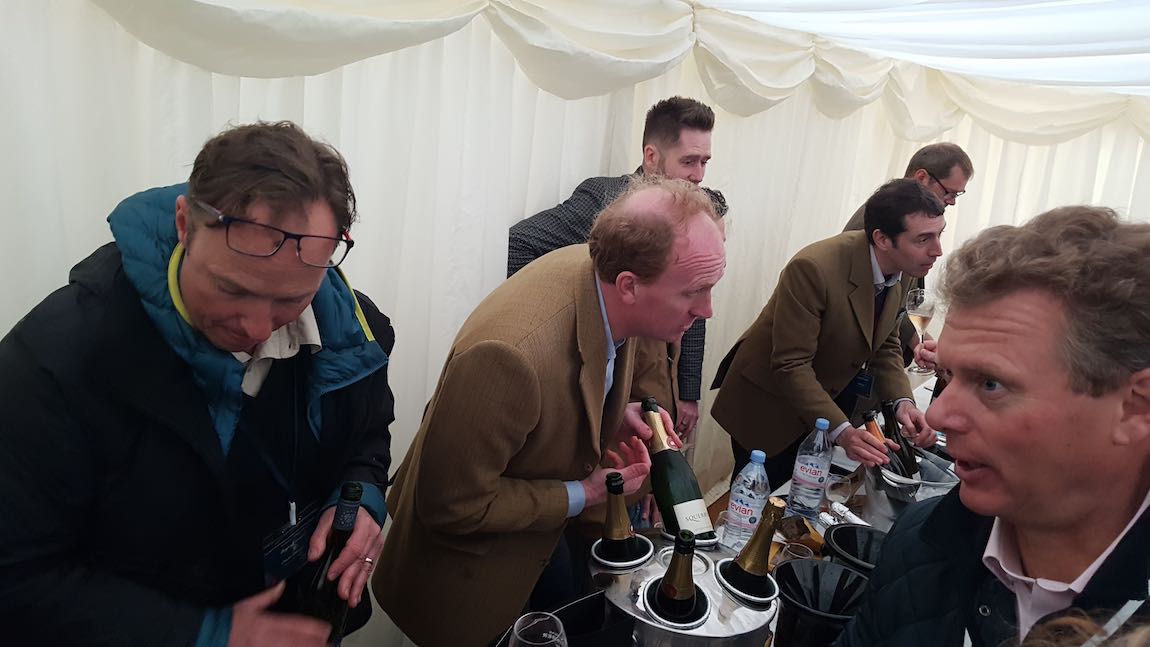 A taste of Kent

What added a great dimension to the day was the presence of local wine producers from Kent offering us a tasting of local bubblies. A gaggle of journalists crowded the benches seizing the opportunity to taste. The standard of these wines certainly provides one insight into why French growers are starting to consider viticulture in the UK.

There is a signature high acidity to English sparkling that is rounded off very nicely with a dosage of sugar. In Champagne, sugar dosage with smaller producers has come right down with levels of 6g per litre sounding high. Imagine the gasps when it was revealed that round, fresh and finely balanced Westwell Wines Pelegrim NV has 16g of sugar added. It’s this combination of fruit roundness and decent grip from the acidity that make these wines scream out for food. Why nobody is producing a book on bubbly gastronomy I have no idea!

Another reason we might see more French producers arriving on our shores is that England has a very similar range of chalky soils that can be found in Champagne. Couple this with the fact that arable land here costs around 1% of that of Champagne certified land in France. At that kind of price, combined with centuries of wine making knowledge, growing vines in England seems like a perfect short term hedge against climate change!

All this being said, I enjoyed my fair share of Comtes de Champagne and enjoyed a very pleasant rainy day gazing into the future of what we’ll be drinking some 7 or 8 years from now. As far as English wine is concerned the character may well be defined here but the bloodline connection to Champagne is hard to deny. 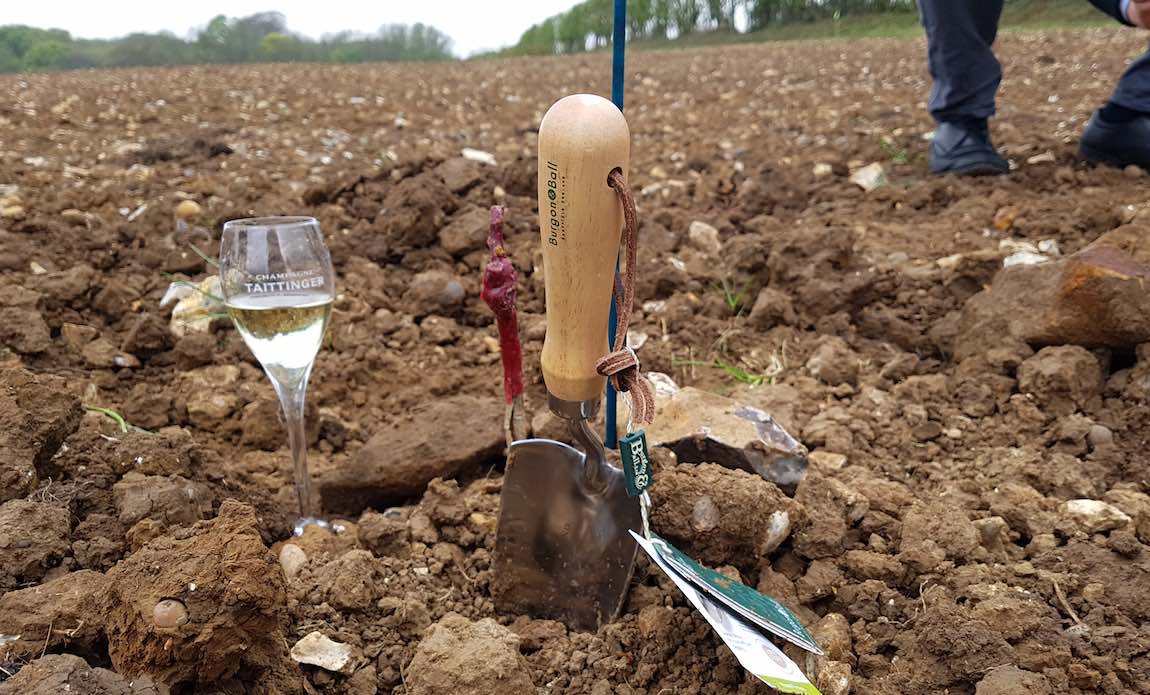