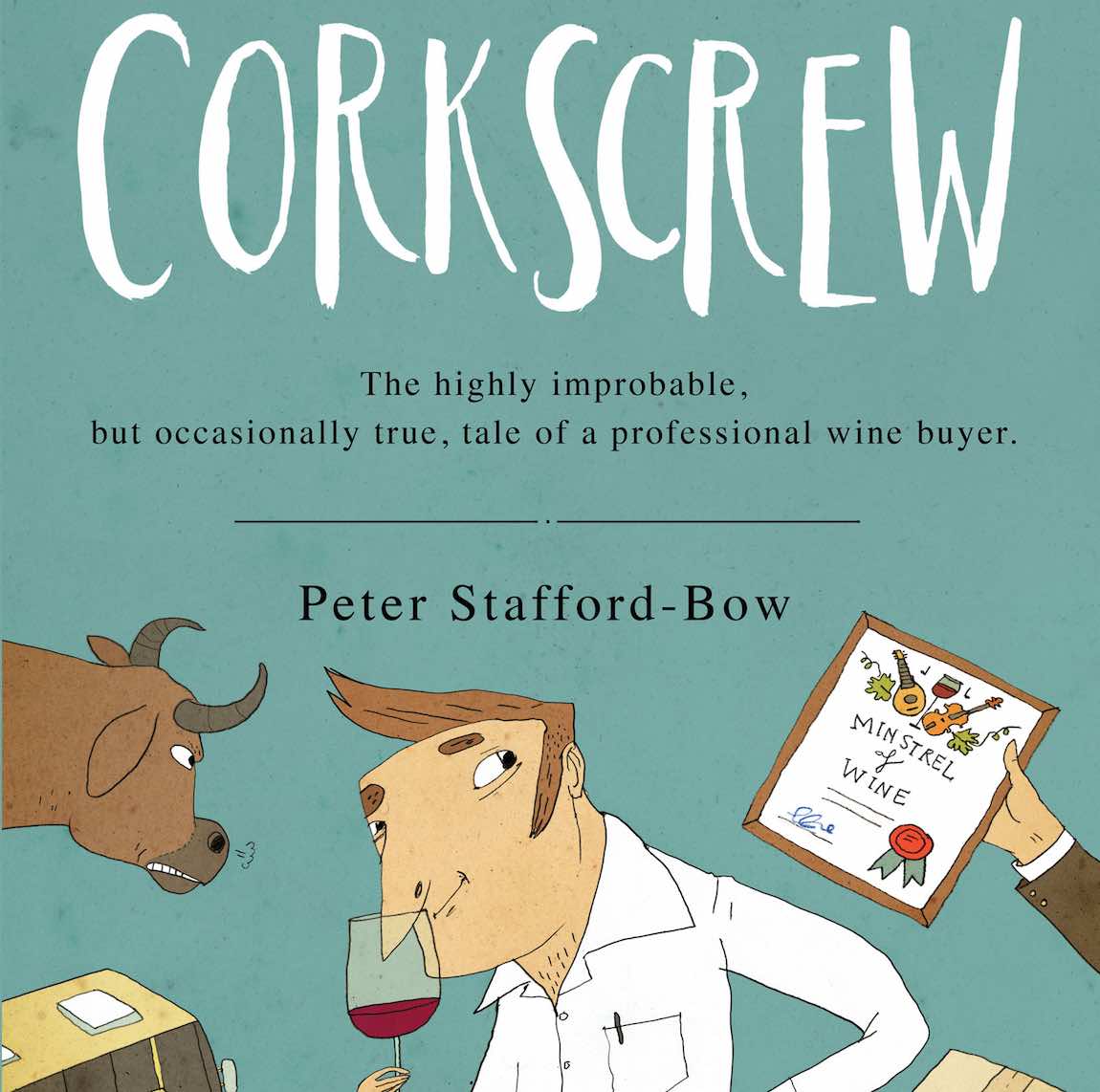 Corkscrew, by nom de guerre, Peter Stafford-Bow, will make you laugh, yearn, and feel intoxicatingly virile. It’s a novel for the summer heat while you’re sipping copious pints of rosé and wondering whether this was actually you.

In fact, identity plays a key role here as Stafford-Bow is a pseudonym that has the wine world a-buzz with perplexity. It turns out that lead character, Felix Hart, is only less than half in jest. The rest is real.

The author is a real-life wine industry executive and, to cover his/her tracks, has adopted a pen name, presumably in order to preserve integrity among peers, or perhaps, at least, create detachment for the long volley of embedded anecdotes that spill through this tale. Responding to my question on how much is fact versus fiction, Stafford-Bow writes:

“Well over half is copper-bottomed fact! The decline and fall of Charlie’s Cellar in the first few chapters will be painfully familiar to anyone who worked at Threshers, Unwins or Oddbins at the end of those retailers’ glory days.

“Buyers at big retailers might recognise the Store Walk, while supermarket suppliers of a certain age may find the Supplier Conference creepily familiar. Perhaps the press tasting is a little exaggerated, but I suspect it will ring a few bells for some.

“And migrants hiding in containers of wine is still a common occurrence – only last month a colleague who runs wine procurement for a large restaurant chain said they’d found ‘travellers’ among the Pinot Grigio.”

A cocktail of hedonism and ambition

Lead character Felix Hart is a non-start who gains traction in the wine industry, hustling his way up the ladder to the fun-filled heights of the accomplished traveling wine buyer. The trodden path is littered with exploits that include insatiable womanising, people smuggling, narcotics dealing and casual manslaughter, all washed down with the finest grape fermented juice this tiny living planet can produce.

A combination of Howard Marks and Don Juan, Felix Hart steps forth with an appreciation of hedonism that would easily secure a place at the table of any of history’s most fervent rakes. But hedonism is tempered by ambition and Hart’s primary mission is to rise to the top of wine industry ladder.

This includes taking the fictional equivalent of a Master of Wine (MW) course, renamed ‘Minstrel of Wine’ that involves tasting a couple of hundred wines without spitting (Hart increases his stamina by ingesting a mystery substance) and then playing a piece of classical music to the braying audience of qualified MW’s, frenzied into a storm of Dionysian revelry.

Commenting on his own musical talents and penchant for mythological revelry, Stafford-Bow says:

“I have a modicum of musical ability but I would be fibbing if I claimed genuine proficiency – I’m far more accomplished at drinking. Intoxication and music have a long, entwined history.

“Dionysus was not only the god of wine but of theatre and music too. He was also the god of ritual madness and religious ecstasy, making a pretty solid case that drinking, cavorting and enlightenment are closely related.”

The author touches on many of the recurring themes that come up in the broader narrative of what we drink and how it ends up in our glass. Much of it comes down to selfless professionals touring around tastings and vineyards selecting wines for lists. From bulk wine to organic and biodynamic production, they are all tightly layered into a hilarious plot. I asked Stafford-Bow whether the contemporary world of wine has lost any of its charm, vitality, or access to adventure?

“I suspect the profession of supermarket wine buyer is rather less charming than it was a decade or two ago. But there are plenty of exciting, innovative things happening in the wider world of wine. The wider recognition of producers from the Eastern Mediterranean and Balkans adds a new dimension to the European wine scene, for example, while the flourishing of the ‘natural’ wine movement is a genuine and vital act of resistance.”

Flicking between the sheets

Music plays, lives are lost, but the fine wine never stops flowing. If you are short of beach entertainment this summer then pour yourself an exceedingly large glass of fermented grape juice and enter the world of Felix Hart.

To my last question as to whether Hart will return, Stafford-Bow replies:

“Oh, indeed! Felix Hart will be back, hopefully before the end of 2018, in an exciting, wine-splattered sequel.”

Available on Amazon by clicking here