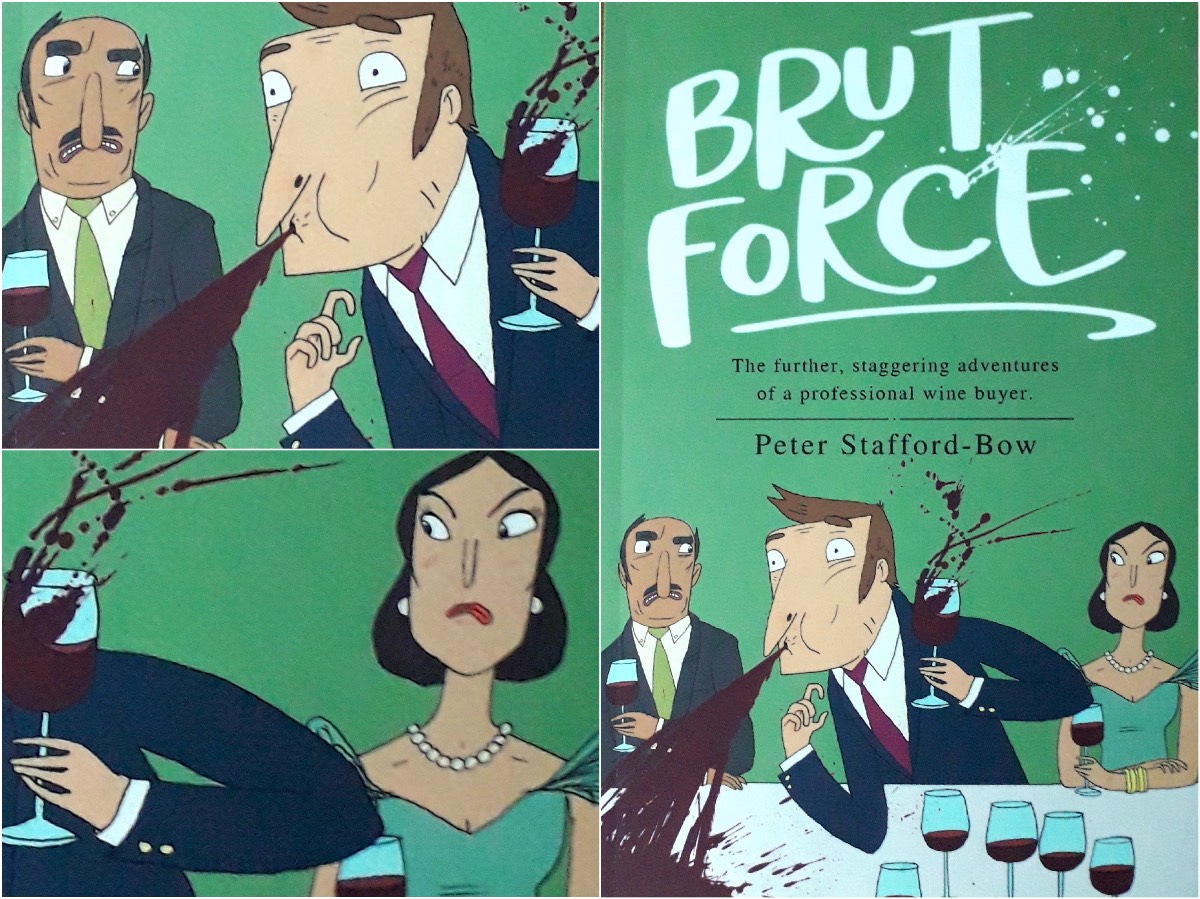 Peter Stafford-Bow’s second instalment of his hedonistic wine-trade hero, Felix Hart’s adventures into the mists of debauchery, is as funny and engaging as his first novel, Corkscrew. Felix is the epitome of the bachelor wine-pro, tasting his way from one hilarious disaster to the next, consuming the quantitative and qualitative equivalent of that other stocking filler, ‘One Thousand Wines To Try Before You Die’.

And of course, dying is a feature for both Stafford-Bow’s nefarious and gregarious characters alike. As the pages turn at a heady speed, Felix finds himself coerced into situations that are simultaneously illustrious and dangerous. That said, there seems to be nothing that copious amounts of fine wine cannot counsel.

The author paints with words, a lucid picture of these scenes of debauchery. The characters are highly believable, with stoners and aristocrats melding nicely with criminals and scoundrels. The job of the hero is simply to imbibe and survive. It’s a mode of humour perfect for any holiday downtime when escapism from sobriety is high up on the list.

I compiled my thoughts into a few questions and pinged them across to [Nom de Guerre] Peter Stafford-Bow. It’s fun that the tone and writing style of the pseudonymous author is soberer but certainly of the same hand as the hero.

1. There is a humour and swagger that combines elements of Wodehouse, MacDonald Fraser and, on account of the mystically robed minstrels of wine, Rowling-for-adults. Have any or all of these authors influenced your writing style at all?

Yes, George MacDonald Fraser’s Flashman books are definitely an influence. I liked the idea of the supermarket buyer being the modern equivalent of a Victorian-era military officer, or perhaps a pirate, depending on which side of the table you’re sitting. Rowling not quite so much – Minstrels Hall is based more on real-life English boarding schools and Oxbridge colleges than Hogwarts – but I see the similarity. And Wodehouse was a comedy master, of course, so that’s a very flattering comparison.

2. All of the above authors sustained their characters across a series of novels. Can we expect Felix Hart to raise his head in his parallel wine world again (and again)?

I’ll continue for as long as I feel Felix Hart has something to offer his public. There’ll definitely be a book three – it’s well underway – and quite possibly a book four. Each novel must have its own distinct plot, I refuse to go down the generic ‘cookie-cutter’ route. Unless I’m paid a gigantic advance, of course.

3. In the second volume, how did the ratio of reliance on real anecdote diminish (in terms of plot lines as opposed to locations and tastings), and the conjuring of fiction increase?

I think Brut Force contains more reality than Corkscrew. The Judgment of Basildon is based on real events, as they say in Hollywood, whereas I was intimately involved in the real Millennium Champagne fiasco. The lamentable tradition of half-price Champagne dates directly from the supermarket overstocks of the year 2000!

4. In the story, there is an awful lot of skulduggery around large corporate wine brands offloading huge amounts of stock onto unwilling retailers. Isn’t the power balance the other way round?

You’re referring to Paris-Blois International, the drinks trade’s answer to Spectre. In the books, Paris-Blois’s tentacles encompass spirits, Champagne and the wider luxury goods market, which all deliver far higher margins than wine ever could, giving the corporation enormous power. In real life, a pure wine company is unlikely to enjoy the same advantage, because supply still hugely outweighs demand, suppressing margins. Multi-national spirit companies, however, tend to hold their own against supermarket chains – they’re often more profitable, more single-minded, and employ sharper, better-prepared operatives than their supermarket clients.

5. At a long lunch tasting in Pall Mall recently, the lady to my right revealed your true identity. She then promptly vanished to the loo and never returned. Needless to say, I can’t recall the information but just how well guarded is your true identity these days?

My identity is as mysterious as a whisper in a midnight forest, as unfathomable as a sphinx buried beneath the desert sands. I suspect your lady tasting companion was a purveyor of that most tawdry of commodities: fake news!

If you have a wine-loving friend then give them the tip of Stafford-Bow’s books to get them through Christmas. If your partner or parent even aspires to like wine and/or frivolity, then stick Brut Force in the stocking. The sounds of chortling and bursts of laughter will give a festive lift during the fast approaching season of goodwill. Available online here.