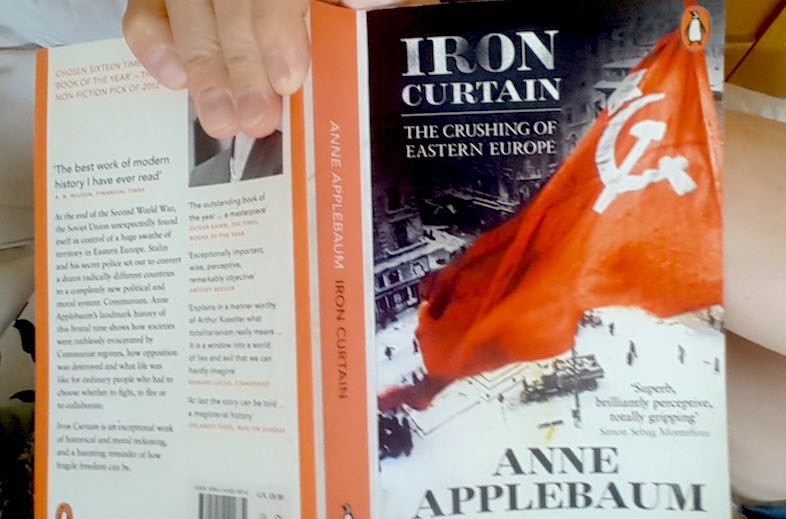 When the symptoms started to show, we had already been distancing ourselves from others for a couple of weeks with only a couple of excursions and one dinner with friends. I had also moved my office back to home to reduce travel. But as the reports started to show the rate of spread and the increasing death toll, the rationale behind not catching it early and being a spreader oneself became too great to ignore.

My normal preferred routine is to have dinner, enjoy some wine, rest and then read or do some writing a bit later on. In the few nights preceding the overt symptoms, this became impossible due to fuzziness of thinking and concentration. I put this down to a combination of COVID19 anxiety and wine but also noted that anxiety is usually a good stimulus for writing

Anyway, on the Friday of the last week, 23 March, after several work-related phone calls, the fuzziness was turning into a wave of more pronounced nausea. I also started to cough, which I noted but also thought maybe a continuation of a cough I had a few weeks prior.

It is worth pointing out that I have been investing a lot of psychological energy into assuring myself that I must not get this virus. As the symptoms became more obvious, I found my self very much in denial as to whether I did have it. Access to testing at this point would have been very helpful and reduced anxiety a lot.

It was in the afternoon, following a walk around the park, when the cough started to become more persistent and a feeling of heavy fatigue crept in. That night we cooked a curry and had a couple of glasses of wine. I would normally have had more but my energy levels were really depressed and my sense of smell and taste were reduced to nill (still are at the time of writing).

I also developed very loud tinnitus that was distracting my concentration. I discussed with my partner the high-likelihood of infection given the symptoms and so we agreed I would sleep in the spare room.

I went to bed and started to read Anne Applebaum’s book ‘Iron Curtain: The Crushing of Eastern Europe’ (given the fuss people are making about isolating, you’d think we were having an iron curtain thrust upon us now) but my eyes were blurry so I gave that up. With one paracetamol taken I slipped swiftly into slumber.

When I woke in the night, my whole body was humming. I was feeling hot with pronounced tinnitus which was a clear signal that all was not well. It was just after 4am and the pre-sleep paracetamol had worn off so I took another.

Isolated, even from experts

I awoke again in the morning feeling completely drained. My legs were hot and still. My mind was fuzzy and the cough was pronounced. All I wanted to do was sleep and fester. Throughout the bedridden day one of the most irritating symptoms the persistent aching of muscles.

After a couple of hours drifting in and out of a waking state and drinking ginger and lemon tea, I decided to call 111 to see if there was anything that should be done, or whether I could at least register my symptoms.

Another reason for calling was that I had seen websites offering numbers of infected people in my area (as well as throughout the UK) and thought they must have a way of collecting this data.

The call turns out to be nothing more than a recorded message and as I was not critical I could not warrant proceeding further. What was becoming very apparent is that the data is grossly misrepresenting the truth. With no accounting for actual numbers of people testing positive for COVID-19, how could these figures be anything but fiction?

Also, the number of recovered people must be going unreported, leaving the numbers of deaths as the only material measure of the impact the virus.

With no real data on infected and recovered members of the population, how are we going to effectively learn from this experience and develop resilience against similar outbreaks in the future?

Send in the clowns

Anyone who has been watching the British government handling of the crisis must be feeling anxious. The flip-flopping on policy and hazy messages coming from 10 Downing Street is not just frustrating, it is also setting us on a course worse than that of Italy’s (recording ~800 deaths in one day with numbers still growing).

The Johnson/Cummings toxic leadership style, featuring prevarication and callous lack of empathy, began with discrete briefings to friendly journalists and articles in paywalled newspapers, before the emergence of daily dishevelled briefings whose main feature has been a failure to impose definite restrictions to save lives.

In each briefing, the Prime Minister repeatedly gives thanks to the public for taking their advice. Many of us starting isolating because we saw what was happening abroad. Others who put their faith in the government to guide them have thus been ignoring the threat and placing themselves and many more of us at risk.

All this means is that the virus is on track to take a great many more lives than necessary. It is also likely to stay around longer causing a great deal more social, psychological and economical damage.

80% of nothing is nothing

It is now Monday evening and the symptoms are subsiding despite the odd wave of nausea and need to lie down. I am starting to concentrate again. I am writing this as an exercise in concentration and a note to myself about this whole affair.

We have been lucky that we are in the 80% of the population who are not critically vulnerable to COVID-19. The research I read today says that I can still spread this disease for up to 3 weeks even after the symptoms have gone. This means that self-isolation, lockdown, south-London Iron-Curtain, or whatever we need to call it is essential. We are all in this together.

We simply cannot go outside and risk spreading this disease to someone more vulnerable who could end up fighting for their life. A secondary reason is that I really want to be outside again in a safe world, one like we had before, sooner rather than later. This means that I have to do my bit and knuckle down.

In the meantime, I am recovering from what I would call a mild but unwelcome flu. I am looking forward to recovering my sense of smell and reactivated tastebuds, plus having the will to drink wine (I see a hint of it now but it is still too early). On Friday evening, when the illness crept over me, the Rioja I was drinking seemed faded, the fruit was lost in the fog of illness.

Bring back the flavours

Social life is showing signs of promise too, with a string of video conference drinks appearing on the horizon. We will, of course, get through this and learn a lot from it. I am worried for those who will suffer most but know that self-discipline and patience are key to our success.