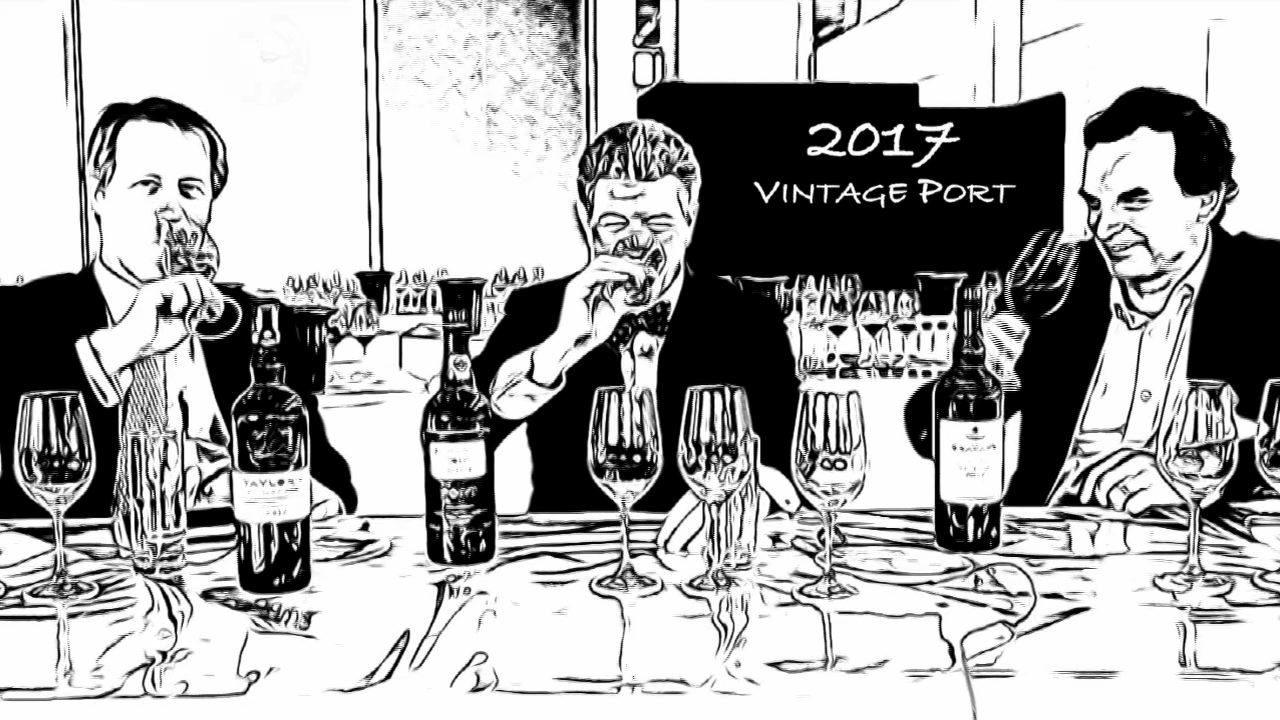 The Tate Modern on London’s Bankside hosted the 2017 Vintage Port Preview Tasting on Thursday, moving the sensorial experience for one day from its' walls and plinths to our nostrils and palates.

Tasters arrived seeking justification for a 2017 vintage directly on the back of the 2016. As Fladgate Partnership CEO, Adrian Bridge, pointed out, “The last time we had a 6 and 7 back to back was 1846 and 1847 so it comes around eventually!”

Anticipating all variants of inquisition the 3 representatives of the port houses were ready to both answer and inform the curious minds in the room. Just before the second scheduled briefing of the day, I was able to capture those insights and answers in some short film segments that can be read or watched here:

Christian Seely: The year was a very unusual year. It was hot and it was dry. There were times during the growing season where we were actually worried about the heat spells and the lack of water but the extraordinary thing that resulted from these rather extreme conditions of the year, were that the vintage ports that came out of it were not only very ripe, very structured, very ripe, very tannic, but they were also astonishingly balanced and fresh. 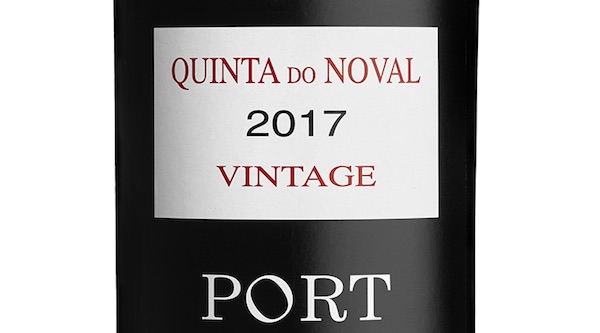 Christian Seely: This is the Quinta do Noval 2017 which comes from our vineyard in the heart of the Douro, 145 hectares in the Pinhão Valley and the Roncão Valley. We made a very strict selection of about 3,500 cases, less that 10% of our total production. For me, it is one of the beautiful vintage ports that we have made in the last 30 years.

Adrian Bridge: 2017 is the year where because the harvest was much earlier, it is distinctly different from the 2016’s. People may well be familiar with the 16’s; if they tasted those they were [from] a more normal growing cycle. Whereas with this particular year of 17, things were anticipated by about 3 weeks.

It was a hot year; just to put that in context, the source of the river Douro dried up in the very beginning of September 2017. So a hot dry year. What that tends to do is favour the old vines because they have much better root structures and therefore they are better able to survive in those tough conditions.

Remember, when we are talking about the Douro in a year like the 17, we are almost in the conditions of the desert from a point a view of classifying what constitutes a desert. But the truth of all wines in the world is that the harder they have to struggle to survive, very often, the better quality wine they make.

In a year like this, you’ve got small berries, very concentrated flavours, thick skins which are producing lovely tannins but those tannins are not astringent, those tannins are silky, providing fantastic structure to the wines. Then these layers of depth of flavour and concentration that you get which produces the sublimeness that we would expect in a vintage port. 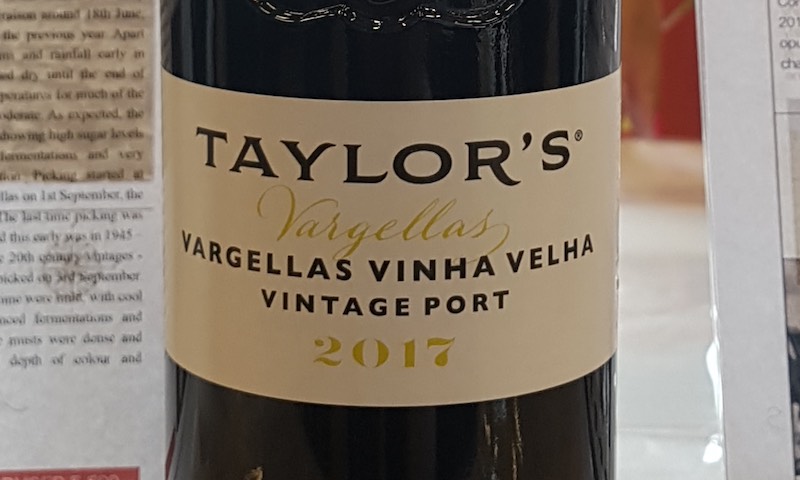 Adrian Bridge: The interesting thing about the back to back declaration is that because we make our vintage port in the second spring, we wait two winters, normally when we get to taste, we have got two examples in the tasting room. Very often you make a comparison between the two and you

say these have both got the qualities to declare but you choose one over the other because it has got the edge.

The interesting thing for us in February this year when we started looking at these wines is that we had the 16’s and then looking at the 17’s we thought ‘wow!’. These have got the absolute quality but stylistically they are very very different from the 16’s and that comes from the growing year.

As a result, we feel they are very they are fantastic expressions of what they are. They are very true, in our case, of the Taylor house style. A little bit more austerity and toughness but very true to that and very very different to the 16’s so it is a delight to do 2 [vintages] back-to-back.

Charles Symington: The 2017 is an astonishingly year from the point of view of intensity, concentration and structure. A wine that is very different from the 16’s which were a more elegant style, more lifted aromas perhaps.

It was a year that had a fairly unusual sequence in so much that the cycle started early and also finished early, so it was a complete cycle. Under pretty unusual conditions in terms of rainfall. We had under 300mm’s of rainfall which is very very little but the vine adapted to these conditions. The canopy was smaller, it produced small berries, small bunches, and all this together allowed for good ripening with remarkably little water. 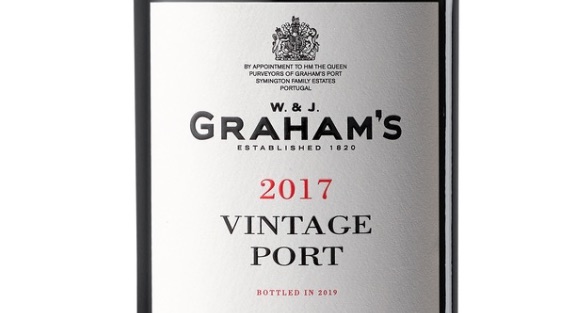 Charles Symington: I think the other thing that is astonishing about 17 and sometimes more difficult to explain but nevertheless clearly comes through in all these wines is the freshness. Bearing in mind just how dry the year was, it is incredible that the balance and the freshness in these wines is showing.

I also think that particularly at Malvedos, the Graham’s property, we had some fantastic Touriga Franca. The Touriga Franca is a variety that has more difficulty in ripening. It is often a determining variety in achieving an overall quality adequate for vintage declarations.

Clearly the Franca, which surprisingly so in 17, actually produced on our properties, less than the Touriga Nacional, which is very unusual. But that factor also very much contributed to some really fantastic wines, very structured and very floral. The aromas coming off Franca are those violets, the more floral aromas, bringing another dimension to the already very concentrated wines.

Adrian Bridge: In 17 you’ve got this natural tension you have in the ripening between warm dry year and warm ripe year that produces a lot of fruit but thick skins that produce astringency, and in this continuum you’ve got these fantastic expressions in the middle that hold that tension, provide that balance, have that poise, that energy. That is what makes a young vintage port so exciting. It doesn’t happen very often, when it does and it happens at this level of quality, naturally, we get very excited.

With vines averaging 100yrs old the dark density of the Vargellas begs anticipation. Alluring concentrated berry fruit aromas giving way to a dark and red berry flavours on the palate. Power and excitement packed into the glass.

Restrained aromatics but sweet dark burst of dampen and red berry fruit in the mouth with lean tannic grip.

A compote of of mixed berry fruit aromas, deep and alluring. Tight firm tannic structure with a powerful zing that resonates in the mouth.*

Great fruit aromas, less dense than others with an appeal of approachability. Other scents come to the fore like eucalyptus and rose. Silky texture but still with a tight grip and long clean finish.

An elegant floral / rose perfume with great intensity and density in the mouth. Completely different from the Graham’s in it’s subtle, less overt, power.

Dominated by an open, fresh berry fruit burst of sweetness. These carry over to the palate accompanied by a firm tannic structure.

Bright open berry fruit and rose, a touch of spice, aromas. Darker concentrated fruit on the palate with lean tannins and weight.

Capela do Quinta do Vesuvio 2017

Lift of scented lavender. Sensations build quickly in the mouth; waves of dark fruit and berry assault the senses that settle into a long luxurious finish.

Deep ruby hue. Aromas of fresh pure mulberry and other fruits emanate from the glass. The fruit flavours are intense and, as Seely says, “Wild”. Freshness and elegance with great power.

Ripe mulberry and blackcurrant fruit aroma that bursts on to the palate. Power and balance.