In the early Autumn of 2008, I found myself many kilomters beneath ground in the cellars of Milestii Mici in Moldova. Moldova, has been dubbed the "Tsar's Burgundy" as it has a long history of wine producing and, during the reign of the Tsar's, was producing wine of good quality comparable to those found further west in France.

I brought back several bottles from the trip but had thought they were all consumed long ago. It was with a mixture of nostalgia, curiosity and derring do, that I decided to open this over the weekend. It has been kicking around in various places for quite sometime, only to be unearthed during a recent house move. The saving grace, I thought, was that the cork had been sealed with wax over the top adding a greater layer of protection against oxidation from a maligned cork. 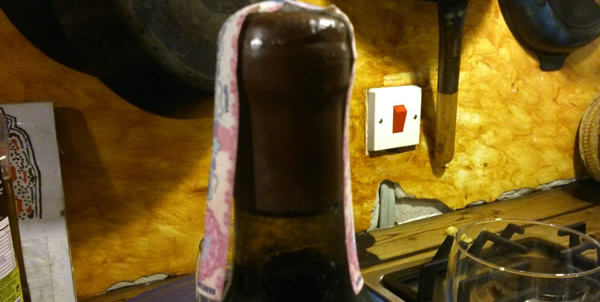 So, after an arduous traipse around both Tate Gallery's and a large glass of strong cider, the only thing left to do was sample the Negru de Purcari. The packaging is so impressive that it has to be photographed and admired. The ancient script, string, aged bottle etc, all add to the feeling that something great was about to be drunk… possibly extricated (or excavated?) from the dying Tsar's grasp, in order to be consumed in the present.

The cork shattered instantly giving me the fear. Out came the tea strainer and the jug for immediate decanting. The colour was dark but the very brick red around the edges, thinning to almost clear. I immediately poured a couple of samples for my fellow tasters to try.

The colour is deep ruby but far from opaque in the glass. The brick red meniscus indicates the age clearly and sets the scene for excitement. On the nose, straight from the jug with little breathing time, the main aroma is oak and quite a strong strawberry. Both these characters come out in the taste too. Amazingly the wine is not at all maligned. That is a great relief. I'd hate to see so much careful Harry Potter-esque packaging go to waste!! 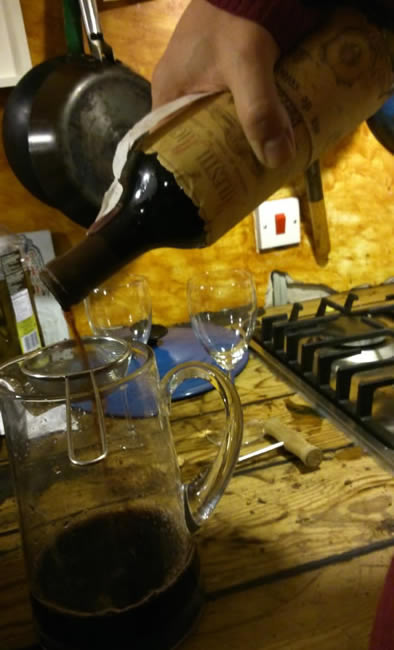 Everyone agrees this is a tasty wine. The age makes it very delicate and reminiscent of a gentle aged Burgundy… the nickname of old is pretty spot on. We continued to taste and over the course of the next 45 minutes the wine is completely transformed. I was now becoming morose at the thought of only having one bottle. What stupidity! The aromas, matched by flavours, had developed into an intense prune with a lovely soft tannic structure. My mouth was watering with every sip.

In the words of no one but me: Ecce Vinum!

Well done Milestti Mici for producing such a tasty bottle of wine that lives up to the experience of visiting the underground labyrinthe of the 200km deep tunnels. This is delicious. I wish I had some more of the dessert wines to add to the list but I don't. Perhaps time for a return visit?