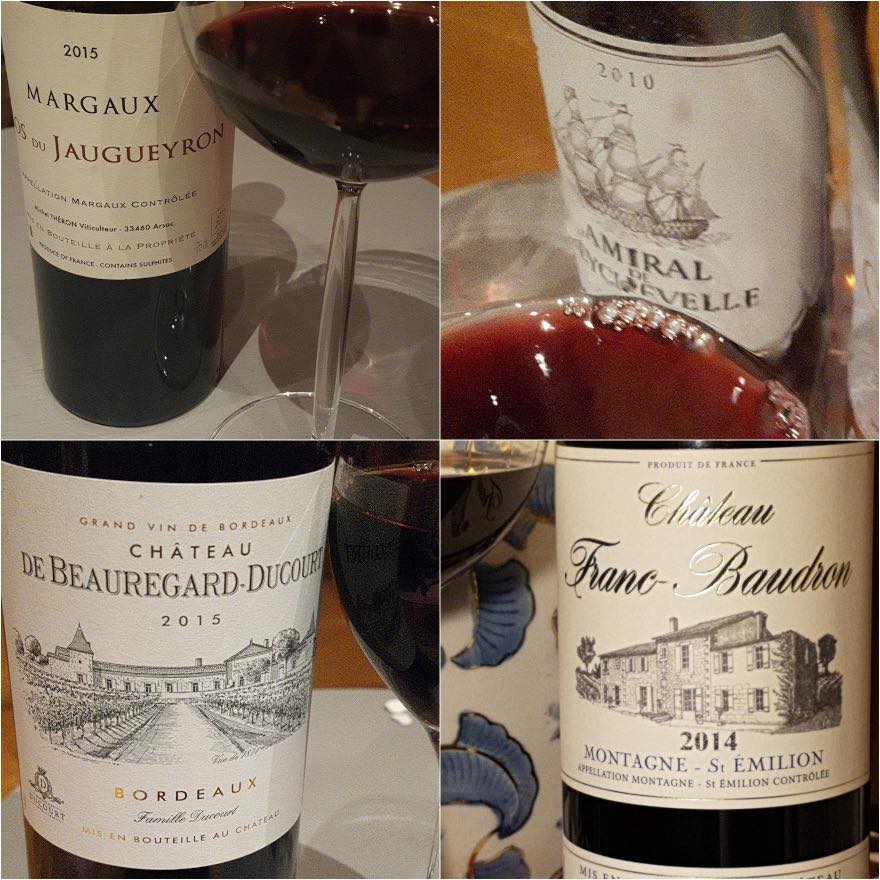 People approach red wines from Bordeaux in myriad ways. Be it by budget, region, vintage, or, a mix of all three. For myself, I prefer the octopus approach: inquisitive tentacles and a wanton palate.

The overarching region is so large, so grand, as they say, that nuance and style are in abundance. With improved winemaking techniques and technology, the quality threshold has shot up too at the lower end of the price table.

Also, as I published here last year, the effects of climate change have, this far, had some positive impacts for the region in terms of ripening fruit with obvious benefits for flavour quality. This means that more producers are planting cabernet sauvignon further inland and experimenting with the new choices at their disposal.

The four wines I have selected below all stand out for their individuality and their place in the labyrinthine order of Bordeaux.

The Club Claret | The Smooth Stylish One | Artisanal | Grand Chateau 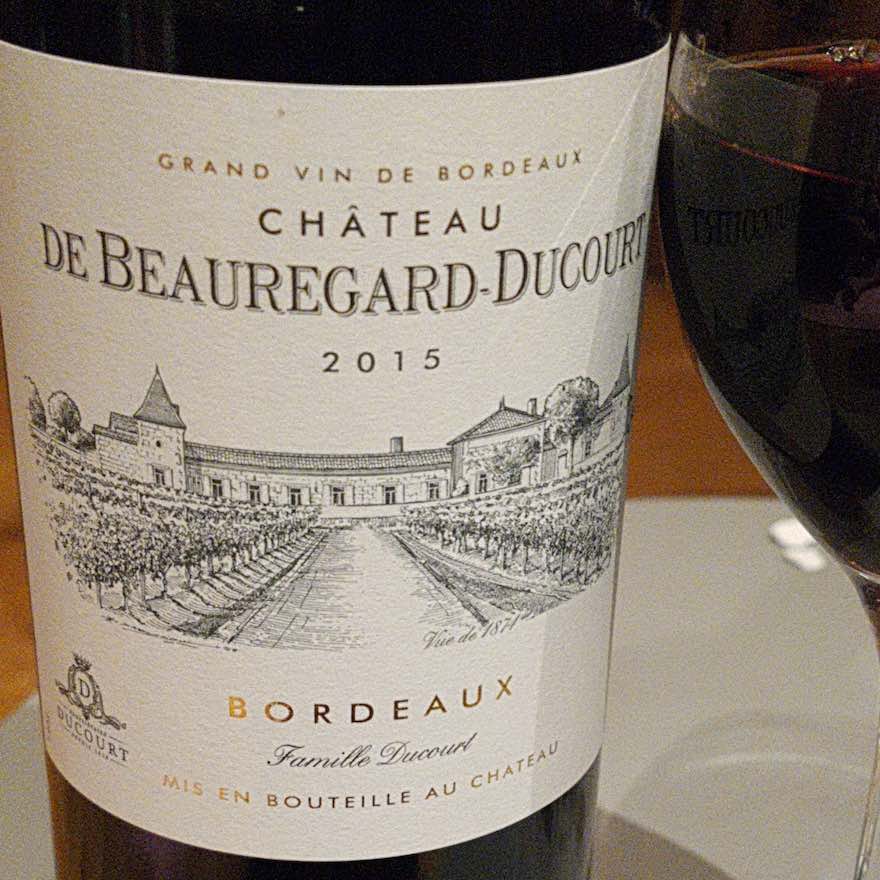 This is exactly the wine style that pops up on wine lists in London’s older-school club scene. At the Liberal Club, where I throw my hat after a tasting or meeting in town, club clarets have to be good and equally good value, with a massively moreish appeal.

Visiting Bordeaux in 2017 we met with the Ducourt family for lunch during the harvest. This was a year when a late-season frost decimated many vineyards across the region. An air of wistfulness hung over the meal as over 90% of the fruit was destroyed.

That said, the Ducourt family are fabulous wine producers and this wine stands as a testament to that. The Beauregard-Ducourt 2015 has a decent mouthful of dark fruit, a nice balance of oak. This is a mellow claret drinking well now. It has a pleasing length and freshness. A good ordinary claret that I regularly feel like drinking. 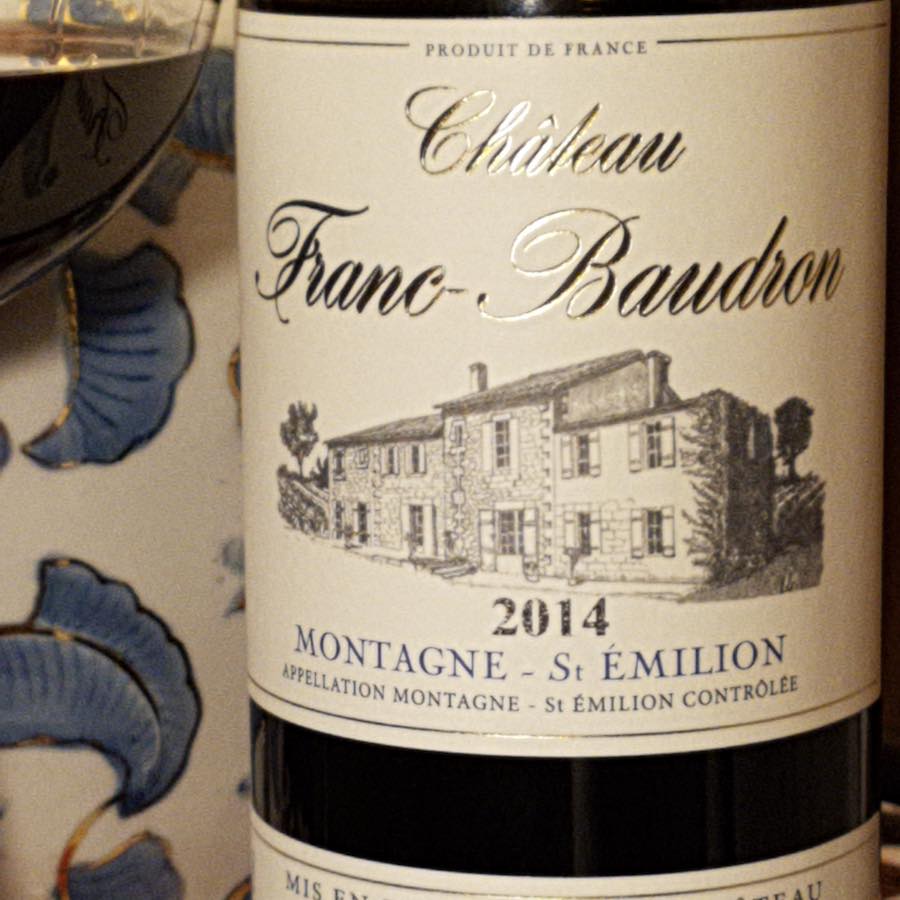 I received this sample during the dark days of lockdown and with its attractive inky colour, gorgeous redcurrant and vanilla aroma, it was full of life. Flavours of attractive sour cherry against red berry sweetness and decent grip from seemingly new oak. Full of youth but great balance.

I enjoyed the energy of this wine and would love to revisit in 10yrs. 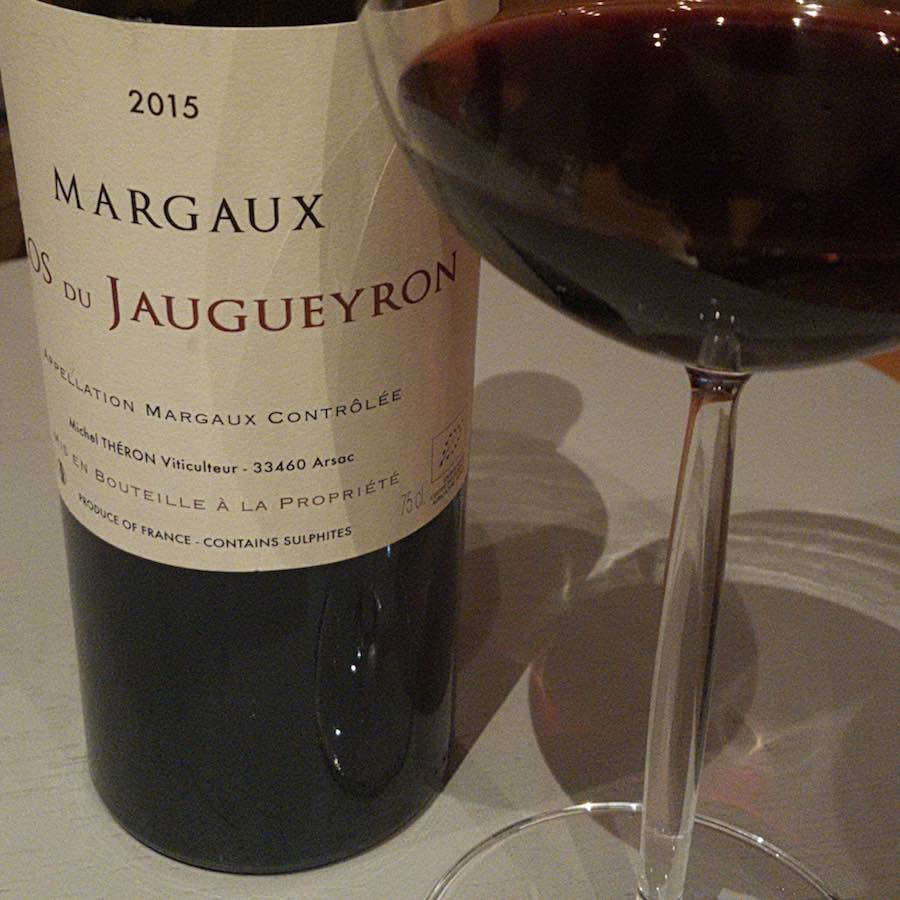 Last year in July a group of wine people, of which I was one, descended upon this tiny artisanal producer in the much-vaunted Margaux region.

Winemaker, Michel, has fully converted to organic and biodynamic viticulture, he says, to improve the root system in the vines. The wine is vinified in oak for a year and then transferred to concrete tanks for another year.

Michel said that in a blind tasting the wine aged in concrete tasted better than that in steel. He also says that the metal tanks had a magnetic effect on the wine, he wants to avoid.

It is still very young but is beautifully balanced. I opened this bottle in September 2020 to share with a friend. There is a lovely perfume of violets and subdued dark berry fruit, elegant youthful tannin. Long and fresh.

For those enamoured or intrigued by biodynamic wines, this should be on your list. Only 35000 bottles of the 2015 produced.

I paid around €50 at the cellar door and I think the amount is roughly correct today translated into GBP: https://www.wine-searcher.com/find/clos+du+jaugueyron+margaux+medoc+bordeaux+france/2015 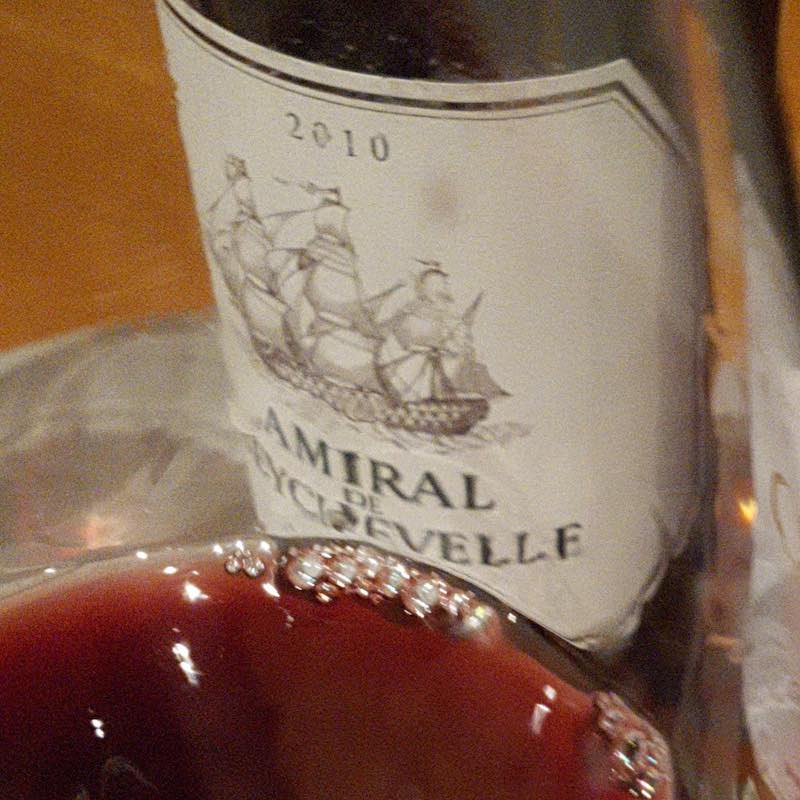 Actually, Amiral de Beychevelle is really the little brother of the main wine of the Chateau in Saint-Julien, however, in terms of legendary castles, Beychevelle has the pedigree.

In the 17th Century, the property was owned by an esteemed admiral, the first Duke of Épernon. The gardens from the elegant building run down between the woods to the River Gironde giving us a plush view and also a unique climate for staving off the risk from frost that other vineyards not far away are prone to.

The ship with sails at half-mast, that are the symbol of the chateau, and emblazon the wine labels refer to the habit of those sailors that passed by on the river to lower their sails in allegiance to the admiral.

Walking around the immaculate state-of-the-art winery and cellars there is no doubt that we are now in a blue-chip wine trade country. Our guide for the day pointed to the recently barrelled 2017 vintage, saying nonchalantly, “We are already completely sold out!”

I gratefully acquired two bottles of the 2010 vintage that had to be literally searched for in the back rooms.

We opened the Amiral de Beychevelle in May 2020. It takes around 30-40 minutes before this wine starts to show itself, so invite Patience to the tasting! After lots of expectant sniffing and swirling the mood starts to change. The violets rise and the dark fruits begin to appear. Enormous structure and still quite tough tannin.