What is it about this time of year that begs for open fires, roasted dinners and the taste of fine wines? It’s the latter that acts as a flowing ink joining the dots across memory and landscape. It connects our primordial selves to something we can’t quite describe yet, like soft caresses, translates into the language of pleasure. Yup, that is the work of damn good wine from Rioja!

Over the next few weeks I’ll be tasting the best wines I can find from Rioja and posting the results here. The region is vast and quality is highly varied so hopefully those who want to really experience something sublime during the Christmas downtime will appreciate the findings of this investigation. 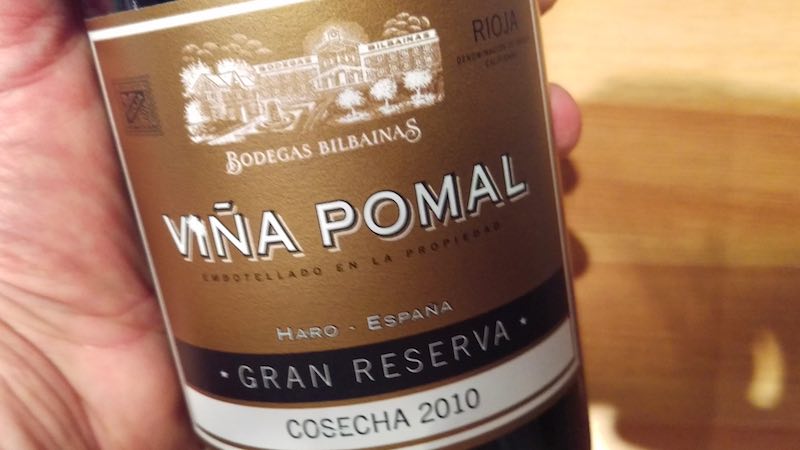 Winston Churchill was probably one of the greatest imbibing politicians of the 20th century who actually had a taste for quality and was able to focus on the job in hand. His love of champagne is widely known but not his love of Rioja. Viña Pomal was reputedly his favourite wine from the region in the 1940’s.

Ahead of any tasting note, I want to start with a short interview conducted with Alejandro Lopez, head winemaker at Bodegas Bilnaínas where Viña Pomal is produced. Tasting notes for the highly esteemed 2010 Viña Pomal Gran Reserva, that Alejandro describes as “one of the best vintages we’ve seen for 20 years”, will be posted very shortly after.

In addition I’ll be posting notes from Cune’s Imperial range, the excellent wines of Muga and a host of others that you need to be drinking this Christmas!

SecretSommelier: The Rioja DOC covers an enormous area. Can you describe the landscape and climate where the vines are grown and tell us how this transfers to the wine? 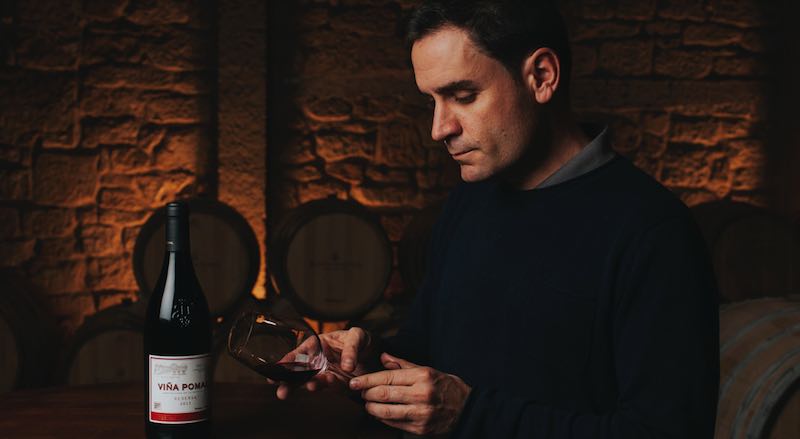 Alejandro Lopez: There are three key winemaking districts in Rioja - Rioja Alavesa in the North, Rioja Alta in the West and Rioja Baja in the South. The whole region benefits from two distinctly opposed climates – Atlantic and Mediterranean – which provide mild temperatures and ideal conditions for growing grapes.

Rioja Baja, the region’s lower, Mediterranean-influenced district, sees much higher temperatures than other areas and makes a wine with more structure, colour and alcohol. In Rioja Alavesa there is more of an Atlantic climate and this produces fine wines on chalky-clay soils that are not too fertile.

The Viña Pomal winery is located in Haro, in the mountainous Rioja Alta district. Here the climate is influenced by the Atlantic sea and is relatively cool, with windy days during the ripening process. This means that our wines are well balanced with high acidity and are perfect for being aged.

SecretSommelier: The buying statistics tell us that British people love Rioja. Can you tell us in particular what makes the wines from Viña Pomal unique from the wider selection available?

Alejandro Lopez: Viña Pomal wines are produced in Haro by Bodegas Bilbaínas and are a fantastic expression of the surrounding terroir. When someone drinks a Viña Pomal wine they are making contact with the weather, the soil and the vineyards in Haro. We have been producing wines on the vineyard since 1901 and today we have the largest vineyard property in Rioja Alta, covering over 250 hectares. 22% of the wines of produced in Haro belong to Bodegas Bilbaínas.

SecretSommelier: The use of oak in the winemaking process is part of the Rioja signature. Can you tell us a bit about how you use oak, what you are looking for in terms of balance and flavour in the wines?

Rioja has the largest concentration of oak in the world. In fact, there are more barrels in Rioja than in all of France put together. Our climate is such that our wines are perfect for being aged in barrel. It is the vehicle that allows our wines to be enjoyed for years to come.

Alejandro Lopez: What are the most unusual and yet great food pairing to match these wines and what is it that makes them special?*

Try Viña Pomal Alto de la Caseta with Percebes, a gooseneck barnacle that attaches to the rocks of the Galician coastline and fetches up to 300 euros per kilo during the Christmas season! Fish is a great pairing with our red wines from Rioja as they tend to be soft and balanced with high acidity.