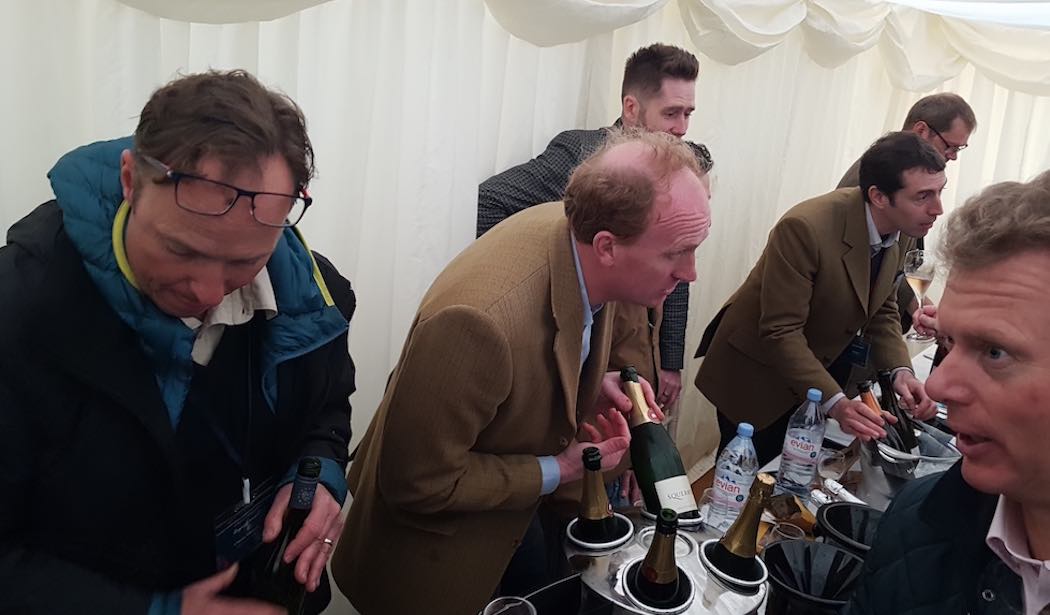 English wine week - if you haven’t already, it’s about time you did…

The predominant category is sparkling wine, made using the traditional grapes of Champagne and other grapes such as the Germanic varieties traditionally suited to cooler climates.

But sparkling aside, there are also fabulous still wines appearing on the market, such as the pinot noir from Hush Heath Manor, or very tasty Bacchus Block from Devon based Lyme Bay Winery. 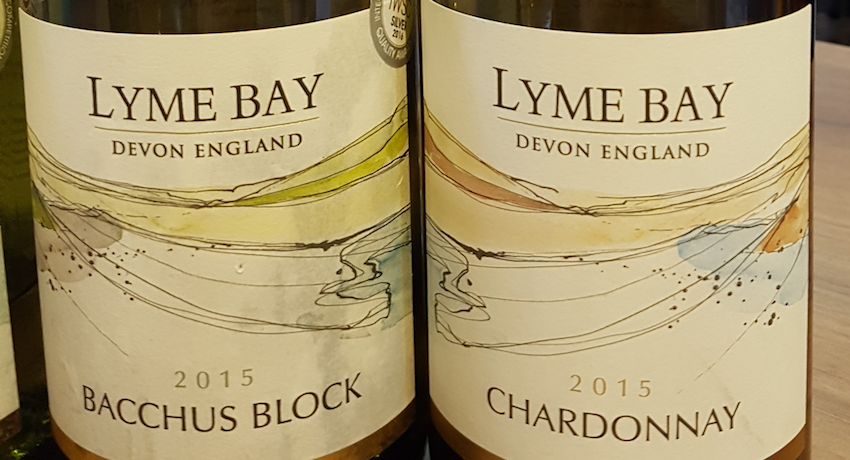 The main reason wine making has blossomed in the UK is due to climate change. The Earth is warming causing much of the natural world to shift seeking higher latitudes or altitudes. Britain in recent centuries has had an issue ripening grapes. Without ripe fruit the grapes taste bitter and undrinkable. However, not fully ripe grapes give a sparkling wine a certain tartness that can be tempered with sugar or ageing to round of the edges and make more palatable.

Thus, England, due to manmade global warming, is producing very decent sparkling wine. When I spoke to one particular Champagne producer from the Cotes du Blanc in Champagne, he said that due to climate change they were losing a degree of acidity and gaining a degree of alcohol. This is a dangerous trend for the worlds most famous sparkling producer, however, centuries of wine making experience mean that action is being taken to counter this. As I speak, the region is producing outstanding quality wines but the spectre of warmer climate hangs over Champagne.

Well the raw facts are that there are currently 500 vineyards in the UK producing some 5 million bottles, of which two thirds are sparkling wine. These figures are set to double in the next five years.

If you fancy a taste of something uniquely British then perhaps start with a still Bacchus white wine. I could easily be told off for comparing this grape variety to sauvignon blanc but there is an obvious style comparison. You can expect a character of cut grass, citrus fruits, and floral notes. But then add to that a delicious freshness of acidity that stamps Britain all over it.

At the recent London wine fair I tasted the Simpsons Estate Roman Road Chardonnay and was quite taken aback by its deliciousness. With less than 700 bottles produced they can only be ordered finitely from Simpsons direct but this was more a foray into English winemaking than into the marketplace. Expect a whiff of peach and citrus that carry into the mouth, balanced by a zesty minerality that goes on and on.

There are reds as mentioned above but they can be hard to produce here because of the ripening of the fruit. If you can, seek out a bottle of the Hush Heath pinot noir and seize it with both hands. Again, small production will mean they sell quick but it’s worth getting a handle on how well these wines are made and the untapped (although soon to be!) potential for the future. 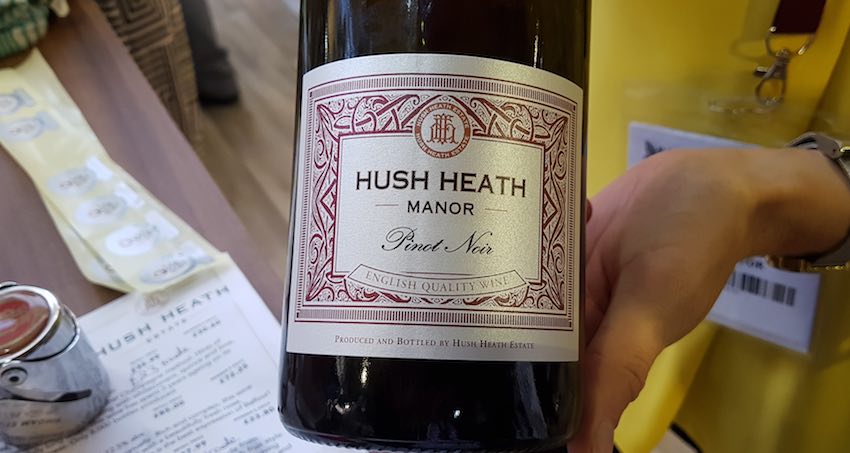 The sparkling wines are the real headline grabbers with a number of English producers nabbing prestigious awards in their category. It’s really important to get out their and taste so that you can form your own opinion. This is because the style range is wide with a growing consistency in quality that is making everyone from the Queen to trendy sommelier’s in New York sit up and listen. 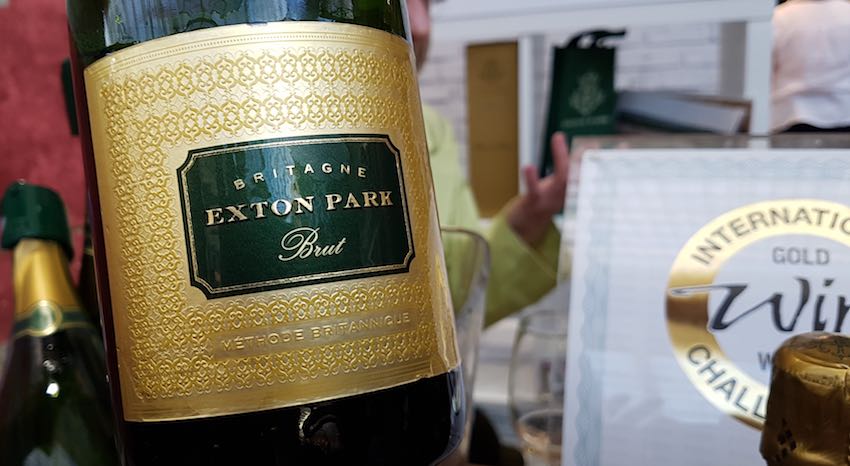 Exton Park are producing a delicious range of sparkling wines with two of the traditional grapes used by the Champagnois: pinot noir and chardonnay. I recently tasted their award winning Brut non-vintage (NV) at the London Wine Fair and thought it very stylish with citrus and passionfruit flavours combined with that trademark acidity that makes English wines so gastronomic.

There are also producers like Bolnay Estate in Sussex who are making fabulous wines with different blends of grape varieties. The NV Bolnay Bubbly Brut is made blending Müller-Thurgau and Reichensteiner with Chardonnay delivering a compote of citrus and pear fruits on the palate. A gentler acidity makes this a pleasure to enjoy.

These are just a few examples and often small production means they sell out fast. It really is worth asking your local wine merchant or bottle shop what they stock. There are not many wine shops without a British made wine on their lists these days.

This seems to be a common question when people talk about English bubbly: is it better than Champagne? Despite English wines winning prestigious awards in their category, it strikes me as a daft and uncomfortable comparison.

If we think of the slow changes that are wrought by climate and our ability to adapt and establish new practices, we can acknowledge that Champagne producers have been on a 400 year journey, learning the intricacies of their terroir. This little word means a lot in Champagne (and all of France) as it refers to the place where the wine is actually grown and everything that effects it, including the soil, the climate and the winemaker.

In England and Wales, producers have only recently started out on that journey of discovery and with a slightly cooler climate are uncovering a wealth of opportunity in winemaking. As the temperature warms in Champagne and Britain, the wines will change in tandem and the journey of winemaking will adapt as much as it can to sustain the high quality of wine that we have become accustomed to.