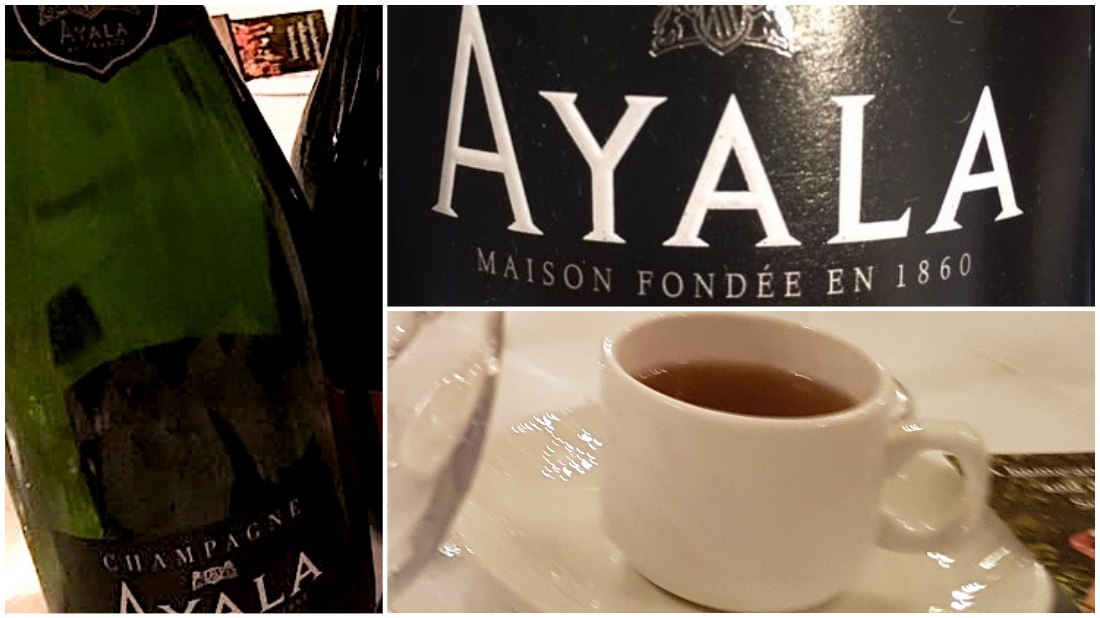 Carl Edmund gave us an excellent introduction to Churchill’s particular passion for “SOUP!” Most importantly that it should either be made with turtle or chicken. Given the contemporary setting and reduced number of turtles available for such occasions, I am pleased to say that a clear chicken broth was served.

The “soup” proved to be an excellent pairing with this historic house from Aÿ. The broth was quite thick and really coated the mouth, but the Ayala, unperturbed, showed persistence, clearing the palate, leaving it fresh and lively. Really impressive.

Brendan Barratt: “The first course was brilliant. A little cup of broth worked so well. You have a little bit of stock, a little bit of rich bouillon, absolutely spectacular. I think the broth has got enough weight with the oil. With champagne you always want richness or something a bit fatty and that balances well.”

Carl Edmund Sherman: “We started of the evening with Champagne Ayala, their Brut Majuer, a delicious champagne which was paired impeccably with a soup consommé… it was divine!”

Michael Edwards: “I thought it was very good. Ayala, of course, has been around since before the turn of the 20th century and has been through various vicissitudes. Ayala has a very good incisive style, not huge weight but penetration of flavour and generally freshness.”