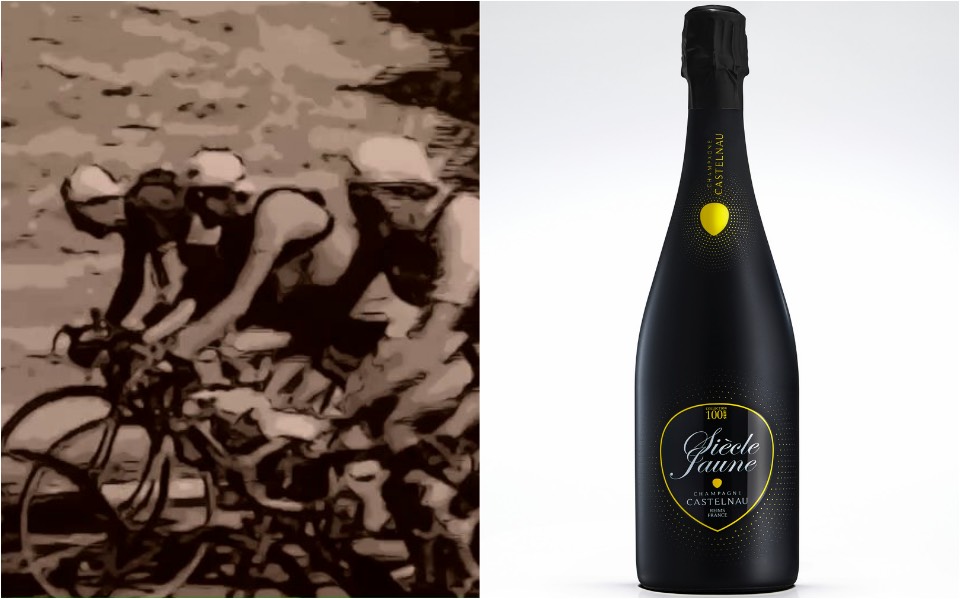 It was in 1919 when Europe was awakening from the ravages and blood-spill of the 1st World War, a period that left indelible scars both on the French landscape as well as on the human psyche.

As France emerged from the wreckage it was, of course, the Champagne region itself that had been among the worst areas affected. The graveyards and memorial sites are still maintained to this today as a stark reminder of how much dismay aggressive ambition between peoples can bring.

The Tour de France is one of those French institutions that has not only captured the imagination and hearts of the French people but it also excites athletes around the world who come to prove their mettle in this excruciating contest.

In 1919, keen to put a fresh new face on the tournament, the Tour de France organisers, Amaury Sport Organisation (A.S.O) introduced the famous yellow cycling jersey worn by the winners of the race.

Castelnau “Cuvée Siècle Jaune” Brut Reserve NV is a traditional Champagne blend of 40% Pinot Noir, 35% Pinot Meunier, and 25% Chardonnay. With 6 years ageing on lees, it has an attractive balance of rich brioche flavour, structure, and fresh lift as the liquid crosses the finish line.

Probably exactly what I'll be needing when working up a sweat watching the magnificent riders conquer ascents and speed perilously into the depths of mountain passes this summer!