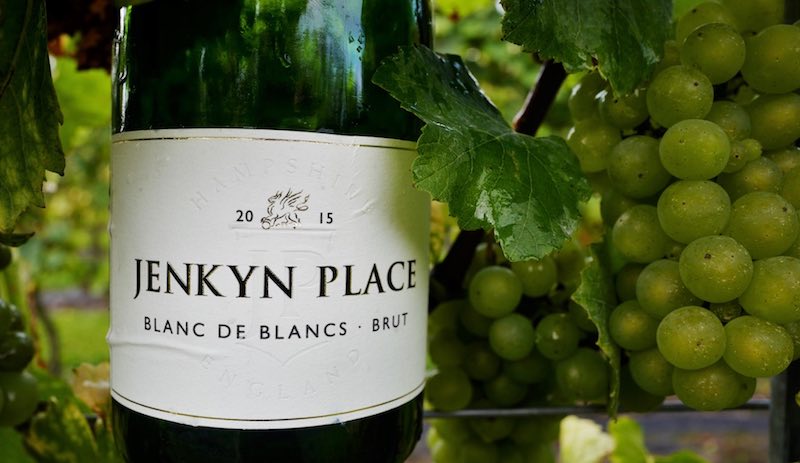 The Bladon’s of Jenkyn Place hosted a vineyard event to launch their new 2015 blanc de blancs. Unperturbed by torrents of falling rain, Scottie Gregory traversed the Hampshire countryside to report.

The sun shines on manicured vines

I drove through driving rain and flooded roads from one end of Hampshire to the other and on arrival at Jenkyn Place, the tumult abated and half an hour later the sun blazed down. A good omen, no doubt. I was very impressed by my first visit to an English Vineyard. I compared it to my first visit to a vineyard, in Southern France just below Gassin on the St Tropez road in 1967. I was obliged to pick bunches of grapes for 2 days as my wallet had been stolen and I was awaiting money wired by my mother.Jenkyn Place was positively manicured by comparison. 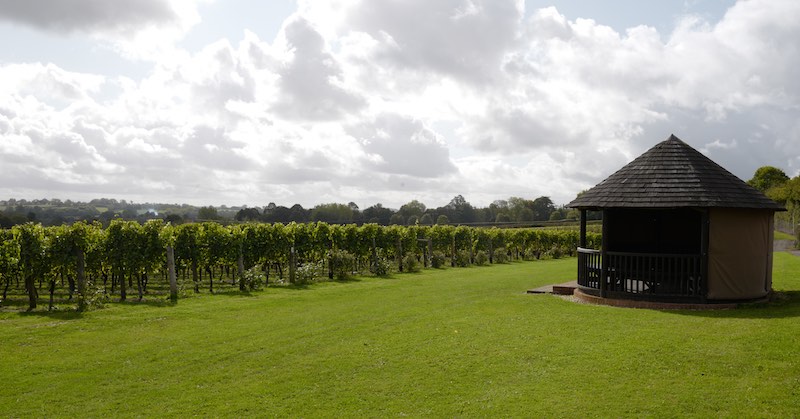 It was a case of serendipity that led Simon Bladon (and now his charming daughter, Camilla) to become makers of sparkling English Wine. The family had moved from Clapham in 1997, to the much larger Jenkyn Place in Bentley and needed more furniture to fill it. A friend had pointed out that a furniture auction was to be held not too far away. On arrival at the auction Simon received a glass of sparkling white wine which he thought was rather good. He was amazed to discover that it was English. Although Simon bought no furniture that day, he had bought the bud of an idea. The furniture sale had been at Nyetimber!

On returning home Simon made enquiries to see if the now redundant hop fields next to Jenkyn Place might be suitable for vines. To his delight, he discovered that they were on greensand and marlstone, so ideal for planting his first vines in 2004.

Jenkyn Place unveiled its first Blanc de Blancs (2015) this year. I asked Simon if it had been part of the long term plan or whether it had been prompted by a good year for chardonnay. He said that it had been a bit of both.

It was worth the effort. It displayed a lovely nose of fresh-baked bread and lemon sherbet. On tasting, the initial apple acidity gave way to creaminess, eventually leaving a trace of peach and pear, as it was very long on the palate.

While this sparkling wine is excellent as an aperitif and would go well with the conventional servings such as smoked salmon and fruits de mer, it would be a good foil for a rich salmon and langoustine mousse.

The 2014 Brut Cuvee was a lively example of the Jenkyn Place style of sparkling wine that Dermot Sugrue, the very talented winemaker at Wiston (and formerly Nyetimber) successfully maintains. Its nose displayed biscuity, almost shortbread notes, accompanied by citrus. On tasting, apple, sherbet, lemon, and a chalky minerality gave the wine great balance between acidity and fruit. I saved a little to take into lunch and found that it was excellent with two of the creamy cheeses served, one of which was blue.

This is again an excellent aperitif but I would serve this with seafood both plain and accompanied by creamy sauces such as Lobster cream sauce. 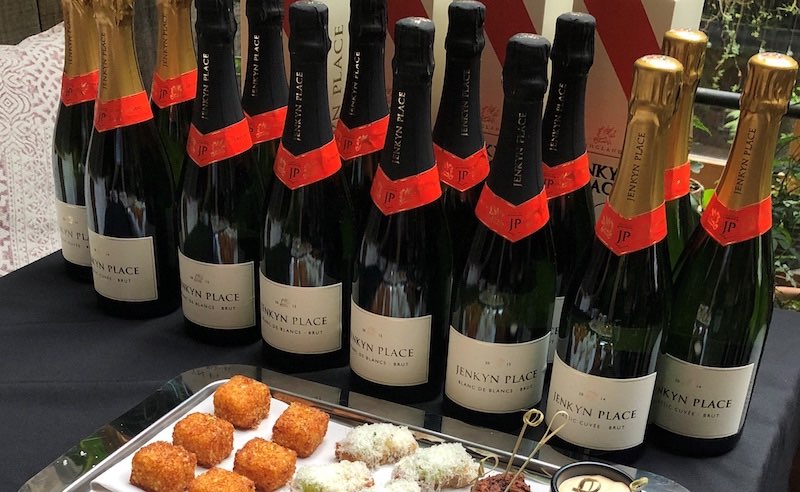 At lunch, there were bottles of Brut Cuvee from 2006 (the first vintage, I believe) 2008 and 2009. It was interesting to compare these earlier vintages and to discover that the Brut Cuvee does age. The best was the 2009 which was still lively, fruity and tinged with lemon verbena. I can see why it won a Sommelier Award for the best accompaniment to fish and chips.

I have a great deal of admiration for Simon Bladon and his daughter, Camilla. Producing fine wines in the English climate requires dedication, persistence and fortitude, as well as flair and great attention to detail. Their end products show that they have those capabilities in abundance.

Scottie Gregory is an experienced food and wine lover with many years of tasting experience.