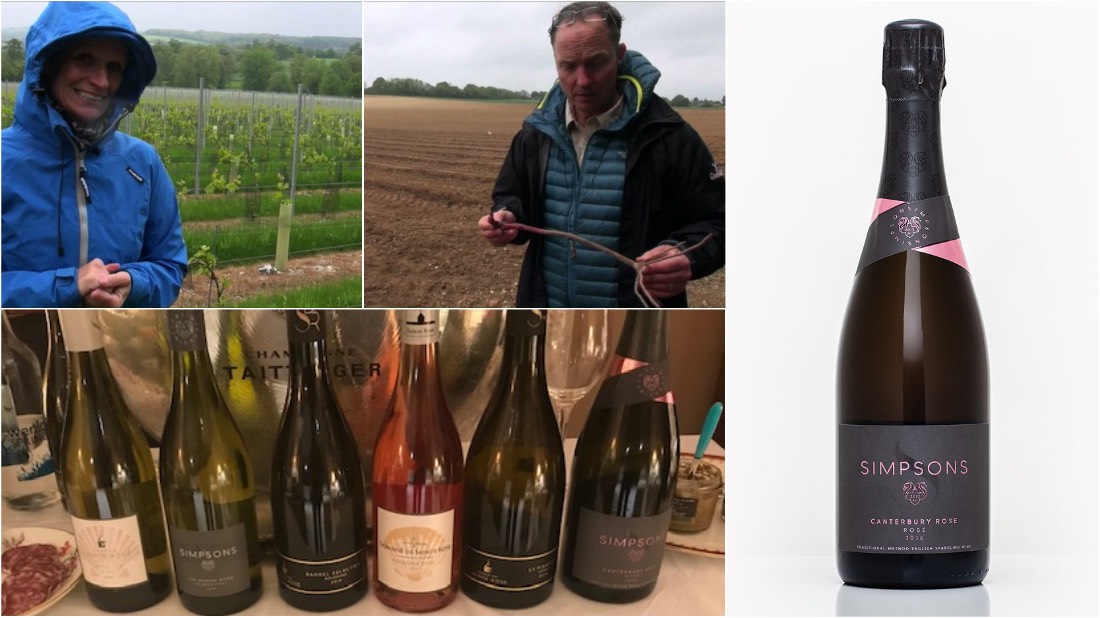 If there is one thing that sets the Simpson’s apart from many other wine producers starting out in the UK, is that they have, over the course of the last 16 years, already established a very successful wine estate, Domaine Sainte Rose, in the Languedoc region of southern France.

Speaking to Charles as he pours their inaugral English sparkling rosé, Canterbury Rose, he makes it clear that the Simpson vision is to innovate, not replicate:

"Ruth and I were in our late 20's when we bought Domaine Sainte Rose and decided to put our two fingers up at the French appellation system. Even though some of the terroir was classified as AOC at the time, we actually declassified it so that we could plant and grow what we wanted. It was really a new world project in the old world. We planted and grow 6 white varieties and 8 red varieties.”

At  Domaine Sainte Rose they produce a range of wines, such as the very accessible Coquille D’Oc red, white and rosé (Waitrose), the complex Pinnacle Syrah (Majestic), a sparkling Shiraz, and a deliciously textured, woody Roussanne.

Aside from receiving awards for their wines, the Simpson’s are healthily represented in the UK by Majestic, Waitrose and Seckford Wines, and with Kent coming online, the portfolio is expanding.

Cool moves: from the Languedoc to Kent, SE England 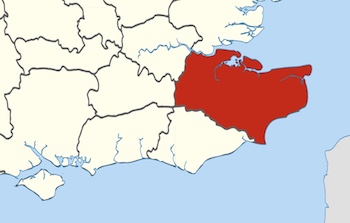 In 2016 I visited the Simpson’s in early Spring, during the planting of their second 30-acre plot. In the interview we filmed at the time, I asked what they were hoping to produce in England. Ruth and Charles both agreed that this was going to be a sparkling only venture and that their personal taste tended towards Pinot Noir and Meunier-driven Champagne. Charles quickly added a caveat:

“One thing we have learnt is that you can have a perfectly sensible, clever idea, and it fails miserably, and you can have some pretty silly ones that blossom and work very well.

The truthful answer is that we don’t really know what we have out there. We know the clones, the rootstocks, and the varieties, but we have never grown grapes in this country. So I think we have to be open-minded.

To be very rigid and descriptive about a style now would almost be a recipe for disaster. I think you have to be humble enough to say this was the idea but this is probably the better idea, given what you can actually achieve.“

Moving from Languedoc to Kent is the literal equivalent of turning the climate on its head, and when the scale of the ambition is to produce around 250,000 bottles, every angle of the project has to be carefully considered:

Ruth speaking about mitigating risk from a cool climate, including threats from frost, said:

“I think you have to be realistic about the fact we are growing grapes in a marginal climate. Growing grapes in England is on the very fringes of the viability of actually getting grapes properly ripe to create wine. We have our weather station out in one of our vineyards to be able to watch the temperature and to be made aware of when it is dropping below zero. We were also able to purchase 10 years of weather data for this particular area and there has only ever been 2 frost incidences in the past 10 years, within the relevant early growing period. So we think we are in an area where we are going to have less risk.”

So with all the risks to the perfectly sensible clever idea mitigated, it should have come as no surprise at all when in 2017 I ran into Ruth at the London Wine Fair, brandishing a one-month-in-bottle of unplanned Simpsons ‘Roman Road Chardonnay’:

The flash-tasting at the wine fair clearly showed the potential of the Chardonnay as a still wine. Fruit and acidity with a few months aging in one the Domaine Sainte Rose Roussanne barrels produced a wine with particular allure. Charles notes that having had so much good feedback on the 2016 Roman Road Chardonnay, it gave them the confidence to make more of it.

“In 2016 we picked it as sparkling base wine and decided to make it into still. In 2017 we properly made this as a still wine. When we show this blind, most people actually think it is Chablis. It has had 3 months in barrel.”

Having tasted the 2016 and 2017, I can certainly agree that producing this as a still wine was a wise move. It has lovely melon, pear and vanilla aromas that combine with a vibrantly lean acidity. A great sensation of cool climate Chardonnay, and excellent value at £15.50 bottle (Seckford Wines). 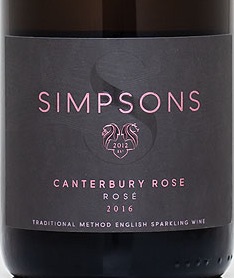 I must admit to being more impressed than I was expecting and am certainly enthused to see such high quality of pink bubbly coming from the south-east corner of Britain.

I was also amazed that the dosage (sugar added per litre) on this wine is only 4.5g/litre. It is perfectly balanced and will no doubt have a wide appeal to sparkling drinkers. It is currently available to preorder on the Simpson’s own website.

No one can chat to an English winemaker without mentioning the 2018 vintage and when I bring it up, an exhausted smile appears on Charles’ face:

“This year has been a full-time job just trying to buy more tanks. In total, we bought another 12. We were picking and thinking, ‘we’re not going to be able to fit it in!’ It has been absolutely mad.

We always knew we’d have to expand the winery next year because we have the final third coming on stream. We already had grant funding for a new press and additional tank space, but we thought we’d get away with this harvest without needing it.

Then, during flowering, we realised, it is going to be close, so we borrowed another press from Bucher Vaslin in France and brought in another 40,000 litres of tank space. We thought we’ll be fine, but it went on and on and on. We actually finished the harvest on November 3rd!”

Two and half years on from our initial interview, it seems the perfectly sensible clever ideas have been infiltrated by insights and inspirations. The Simpson English wine story is still very much in the making but the little we have sampled thus far makes it one of the most interesting. As the aromas of ripe strawberry rise from the glass, more plans for whacky English reds and rosé wines are laid bare:

“Because 2018 was such a giving year, we are going to add a couple of stills. We are going to do a still rosé and also a still red. We said we would never make stills and now we are starting. I would say that of the 150,000 bottles we’ll make this year, just under a third, about 40,000 will be still.”