In November 2017 Natalia and I visited Odesa and made a trip to Shabo to be shown around the 1500 hectare estate and taste their excellent wines. I had first been introduced to their sparkling wines by Ewan Lacey at the London Wine Fair a year or so before, and agreeing with Ewan, I had to admit they were rather good. 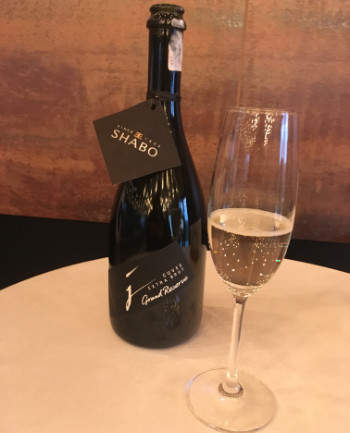 We had arrived in Odesa almost whimsically, except that it was a visit shrouded in dark thoughts. Having watched scandal after scandal involving the Trump administration and their seemingly telekinetic interactions with the Russian government, in the wake of the latter’s occupation of Crimea, I was almost obsessed with the idea that Putin was going to attempt to cut off Ukraine’s access to the Black Sea.

Odesa is an amazing city. I don’t think any visitor from Western Europe would fail to be surprised by the faded charm that greets them. It has a 19th-century French-Italianate feel to it, set in a grandeur of comfortable fraying edges 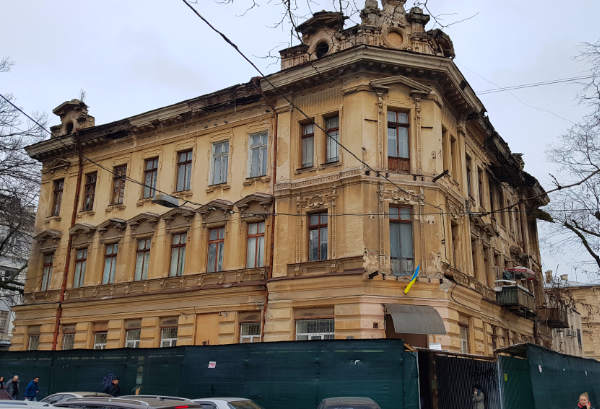 That is the romantic side. I was tipped to visit the White Whale coffee bar (now closed) to absorb the younger city dwellers going about their business. It was very contemporary with a beautiful mural of a white painted Sperm Whale across the back wall. The buzz was no different from any young vibrant coffee bar anywhere in Europe.

The city itself has slight echoes of its soviet past, as well as Orthodox Churches liberally dotted about the place but is overwhelmingly European in style. The main town is laid out in a grid structure and large boulevard-style streets stretch from the central train station to the opera house and onto the port.

It is that buzz of cheerful modernity that was most impressive. We visited many bars and restaurants and asked people whether they felt more European or Russian. The answer was mostly European. There was certainly an element of agnosticism at times. I think that can be attributed to acknowledging the past, while enjoying the progress of the present and being ambitious for the future. Despite around 50% of the populace speaking Russian, it didn’t seem like identity was in the foremost of peoples thoughts. Although Crimea lay only a few hundred kilometres to the East, it felt distant.

Euromaidan conflicts in Odessa in 2014

Flashing back to Shabo, we found ourselves in the kind and capable hands of Olga who is the winery’s PR lady. Although vines have been grown in the place now called Shabo for an estimated 2500 years, it was the Swiss, from the Canton of Vaud, who were called upon to revive and modernise the area in the 1820’s. 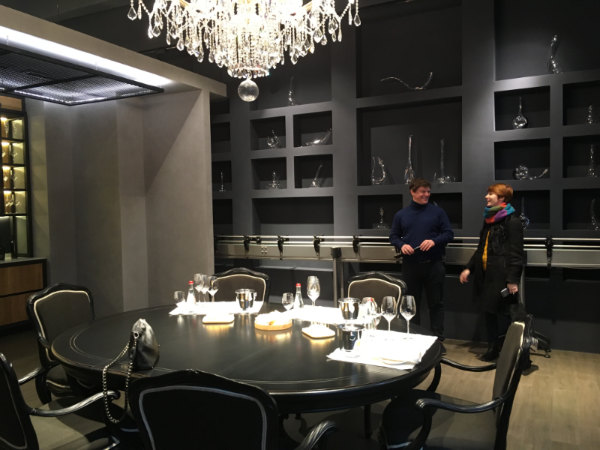 Shabo is located on the edge of the Dniester Estuary, a region that is as rich in biodiversity as it is scant with humans in the colder months. During our drive out, the rain poured in torrents and it was hard to believe that the area itself is one of the Black Sea holiday resorts of note.

At the winery, we toured the estate which has been heavily invested in with state-of-the-art winemaking equipment. There is also a distillery making the region's much prized cognac.

Well worth the journey to taste 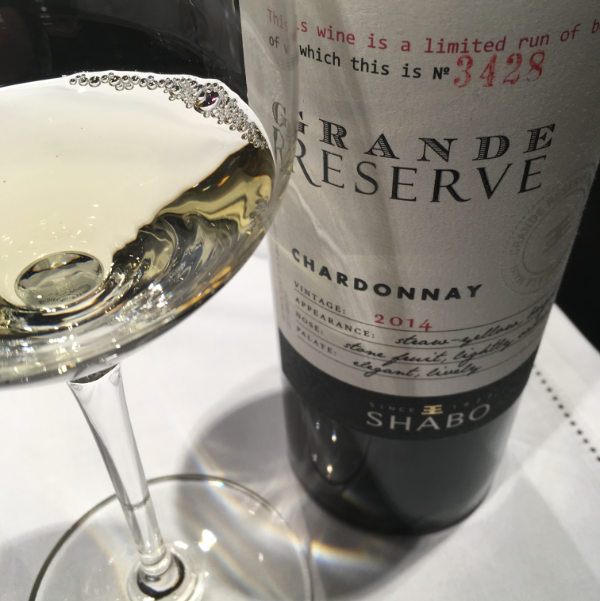 Eventually, we meet with the Beaune-educated winemaker, Beka Gagunashvili, who gives us a fascinating tasting of their reserve wines. The Reserve Chardonnay has a particularly Burgundian feel to it. I served a bottle blind with a friend of mine in London (also a winemaker trained in Beaune) and he guessed it as a young Meursault. When I showed him the bottle, he immediately exclaimed, “can I buy a pallet?”

The cabernet was also very expertly made, with a more Pomerol style to it. It is worth noting the Telti-Kruk, a white grape that was first planted by the Ottomans prior to the signing over to the Russian empire. Again, a wine with a very elegant mineral and floral character, with careful batonnage, to provide a delicious richness.

The current owners of Shabo are Georgian (as is Beka if my memory serves me correctly), so seeing a Saperavi being produced was not so much of a surprise. This had a lovely balance of violet, dark berry fruits and a fresh, lip-smacking structure that calls you back for another sip. 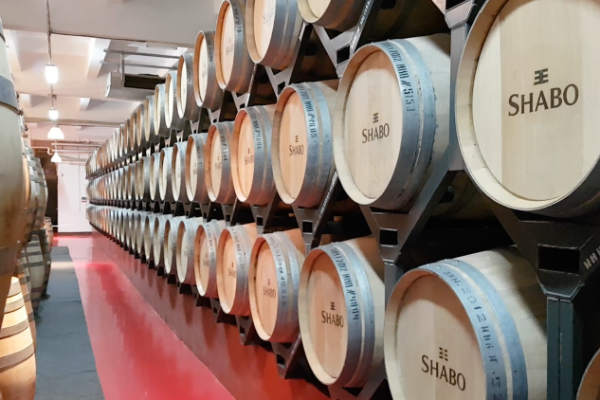 The whole visit was more than worth a day of our time and I would suggest to anyone visiting Odessa to visit the winery. The museum and tour are well worth it, even if just to see the old cellar visited by Pushkin in 1821 where I very much suspect, he held a glass aloft, close to his nose and breathed in the sacred vapours. 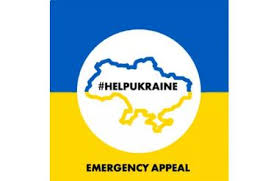 That evening we crossed the road to a small restaurant. It was Natalia’s birthday and Bekka and Olga joined us for a fun and very scrumptious dinner, wonderfully paired with their reserve wines (plus a modest cognac for myself) before a speedy drive back to Odesa in the darkness.

On our last days, we visited the opera house to enjoy a ballet performed to Mahler’s Symphony No. 5 Adagietto (famous from Luchino Visconti's final scene in the ‘Death In Venice’ movie). We also ate copious borsch and took endless photos of ourselves on the iconic Potemkin Steps. 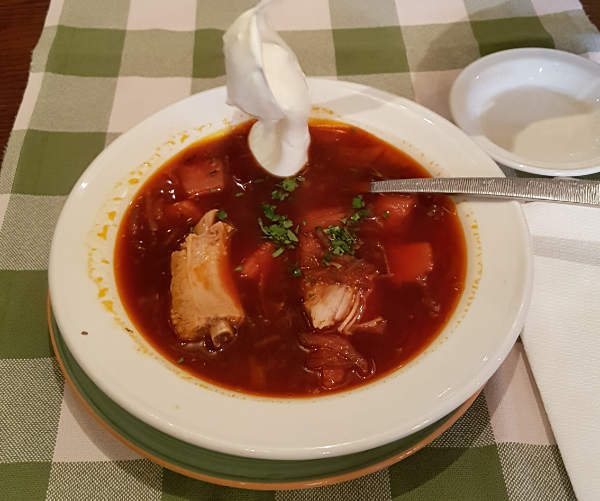 There is also a fun memory of having tea and excellent fresh cakes in a teashop near the City Garden. After asking the young staff which cakes they would recommend, the young lady promptly proved her point by indulging in one on the spot. We were sold!

The scenes of the last 10 days or so have been harrowing to watch, let alone experience firsthand. Seeing the photo of a viticulturist heading out to prune the vines was heartening at what must be an incredibly difficult time.

It has been incredible to see the strength of the Ukrainian character, and also the solidarity of those Russian people who are standing up to the violent Putin regime. It is also striking how we are almost all united in wanting peace to prevail in order to progress towards creating a better future.

If we cannot achieve peace over MAD-ness, then what is the point of evolution?